Jeddah – The Imam of grand mosque of Makkah during the Friday sermon called on Muslims to stay united against the false media propaganda attacking Saudi Arabia over the disappearance of Saudi journalist – Jamal Ahmad Khashoggi.

SPA reported, Shaykh Abdulrahman al-Sudais said during the sermon, “Repeated accusations, allegations and biased media campaigns will not discourage (Saudi Arabia) from holding to its principles.”

He emphasised that Saudi Arabia – “depends on Allah alone, then on the wisdom of its leadership and the unity of its sons to fight false allegations.”

He warned Muslims to avoid jumping to the conclusions based on media fabrications.

He urged them to believe facts and avoid media provocations.

Sheikh Al-Sudais further said that the Islamic Shariah is well-equipped with all that is beneficial for man’s religious and worldly matters.

“The Shariah rules and intentions have filled the world with justice, wisdom and compassion,” he stressed.

At the end of the sermon, he thanked Allah for His blessings, and making Saudi Arabia an ideal example of Shariah, cultural and moral excellence. 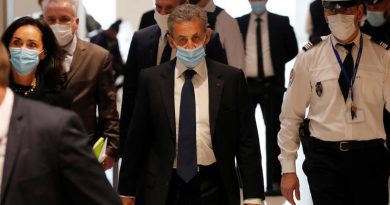