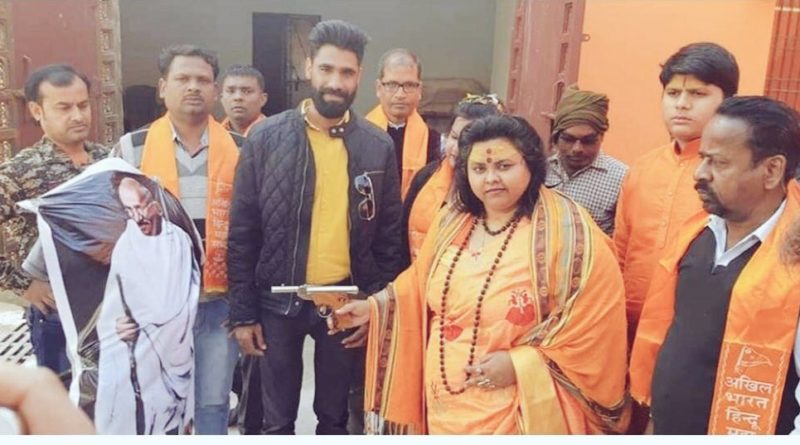 Aligarh – The infamous right-wing Hindutva terror outfit Hindu Mahasabha on Wednesday celebrated 71st death anniversary of Mahatma Gandhi by shooting at his effigy, and the fake blood was oozing out of it.

Hindu Mahasabha’s National Secretary Puja Shakun Pandey was shot in the video shooting at an effigy of Gandhi, after the video went viral, Aligarh Police registered cases against 13 activists of Hindu Mahasabha including Pandey, but no arrests are have been done so far.

“Today on the occasion of the 71st death anniversary of Mahatma Gandhi, workers of Hindu Mahasabha fired at the effigy of Mahatma Gandhi. The incident took place in a house in Naurangabad locality of the city. Later, the video of the event went viral on social media,” Senior Superintendent of Police of Aligarh Akash Kulhary told PTI.

The police are conducting raids to nab the accused persons. 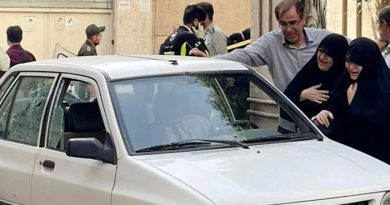 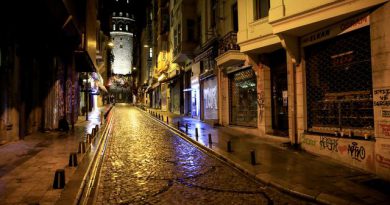 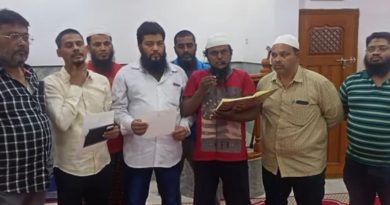 No protests, and No fun of Hindu gods: India’s Ahlehadees mosque warns