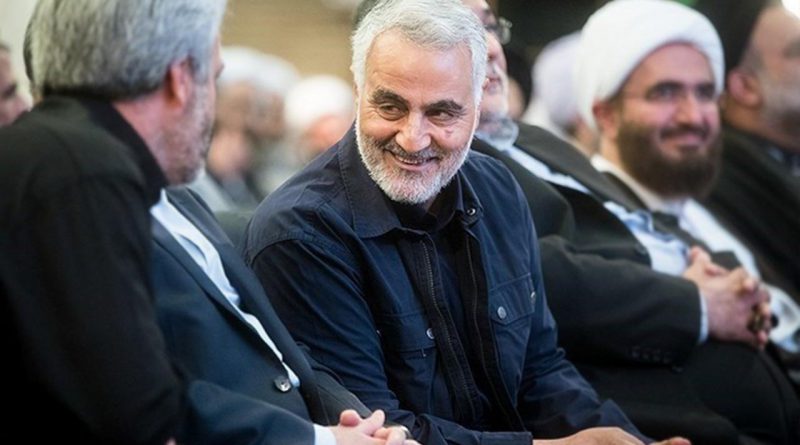 Soleimani was also responsible for the murder of hundreds of thousands of Syrians through boosting Bashar al-Assad’s brutal genocidal regime in Syria.

This morning, US forces killed Qassem Soleimani, the commander of the Islamic Revolutionary Guards Quds Force. Soleimani was a towering figure, in command of Iran’s often brutal tactics to retain the country’s political and ideological dominance in the region and in charge of how it presented this strength to the wider world. He was revered and championed by supporters of the Islamic regime in both Iran and in the Middle East.

Quds is the Arabic word for Jerusalem. The Quds Force is tasked with all the Guards’ military operations in the Middle East and beyond. But the Quds Force is not only a military force, it also determines Iran’s diplomacy in the Middle East. General David Petraeus, the former commander of US forces, says he once received a text message saying: “Dear General Petraeus, you should know that I, Ghasem Soleimani, control the policy for Iran with respect to Iraq, Lebanon, Gaza and Afghanistan. And indeed, the ambassador in Baghdad is a Quds Force member. The individual who’s going to replace him is a Quds Force member.”

As commander of the Quds Force, Soleimani was responsible for organizing Iran’s proxies in the region. He masterminded the killing and wounding of hundreds of American soldiers in Iraq by Iran’s proxies. He organized and led the Iraqi militias fighting and defeating Daesh (ISIS) Sunni extremists in Iraq. Soleimani was also responsible for the murder of hundreds of thousands of Syrians through boosting Bashar al-Assad’s brutal genocidal regime in Syria.

In 2019, IranWire published an extensive series on the Islamic Republic’s Revolutionary Guards organization and its generals and commanders. We republish the profile here.

On the eve of the 1982 Operation Fath-al-Mobin, Commander Mohsen Rezaei tasked a young subordinate with raising a unit of Sar-Allah soldiers in Kerman for an upcoming major offensive aimed at ejecting the Iraqi army from Khuzestan. The subordinate chosen for the assignment was a 19-year-old former construction worker named Ghasem Soleimani.

Commander Hassan Bagheri, who was the Islamic Revolutionary Guards Corps’ (IRGC) first ground force commander and who spearheaded the Guards’ intelligence department, was skeptical of the decision, believing that new forces led by an inexperienced new commander would not have the capacity to meet the demands of such a key operation. Rezaei remained firm, however, arguing that Soleimani was more than up to the task. The unit would later grow into a battalion before eventually becoming the the Guards’ 41st Corps of Sar-Allah. Lead exclusively by Ghasem Soleimani after its initial inception, its soldiers hailed from the provinces of Kerman, Sistan, Baluchistan, and Hormuzgan.

In Soleimani’s own telling, his first mission was ordered by Hossein Kharazi, then commander of the 14th Corps of Imam Hossein, to guard the 14th corps’ flanks. Biographers favorable to Soleimani have stated that this first engagement was a resounding success, but some of his contemporaries have not been as flattering toward his leadership during the campaign. In fact the former Commander-in-Chief of the IRGC, Mohammad-Ali Jafari, wrote about the matter in his memoir: “In February 1982 during the Fath-al-Mobin operation, Hossein Kharazi’s corps was under pressure from two different sides because the Sar-Allah unit could not secure either flank, which Soleimani’s forces were tasked with protecting.”

This uncomfortable divergence between myth and reality did not prevent Soleimani from hailing Operation Fath-al-Mobin as his most important success during the Iran-Iraq War. Although Soleimani had participated in previous operations, including Karbala 1 and 5, Valfajr 8, Tariq-al-Quds, and Kheibar, it was Operation Fath al-Mobin that saw him in the role of a commander for the first time.

Ghasem Soleimani was born in 1958 in the Qanat-e-Melk village suburb of Kerman. Before the revolution, he had worked in Kerman’s water treatment plant and subsequently as a construction worker. He was an athletic youth and a frequent patron of the city’s famous traditional gyms.

After the start of the Iran-Iraq War, Soleimani enlisted in the IRGC in 1980, and his first assignment was to guard Kerman’s airport and fleet from Iraqi air bombardments. Months later, he was deployed to combat further west, where he took charge of his unit consisting of many fellow Kerman natives. “I had a huge passion for military tactics and planning,” wrote Soleimani years later in his memoir. “I really wanted to go to combat and contribute to the war. That’s why after I was deployed on my first 15-day mission, I never went back home until the end of the war.”

Soleimani was not a yet a public figure during the Iran-Iraq War, but afterwards, Commander-in-Chief of the IRGC Yahya Rahim-Safavi appointed him as Commander of the Quds Corps. At the same time, Mohammad Bagher Ghalibaf and Ahmed Kazemi were appointed as Commanders of the Air Force and Ground Forces respectively. The three commanders were close friends, and Soleimani would later show his support to Ghalibaf by backing him during the 2013 presidential election.

Soleimani’s fame grew exponentially during the civil wars in Syria and Yemen, where he quickly became something of a mythical figure. The roots of this myth, both fact and fiction, trace back to those early days in the Sar-Allah Corps. Anecdotes and legends of his travels run the gamut, particularly in Iraq, with stories of him pretending to be an Iraqi soldier so as to partake in a unit’s meal time or even start fights. Yet other more fantastic stories revolve around him stealing vehicles and earning the moniker “Toyota thief” from Radio Baghdad. But whatever the veracity of the claims, Soleimani has always been well known for his charismatic personality among IRGC officers, who take great interest in his speeches.

One of his favorite commanders was his own deputy in the Sar-Allah 41st Corps, Mir-Hosseini, whom Soleimani described: “When he appeared at the frontline, his presence was calming and everyone felt assured. Mir-Hosseini was not only a man, but he was truly the Corps himself.”

Although Soleimani was very loyal to Ayatollah Khamenei, as an IRGC commander he did not often delve into domestic politics. Unlike many other IRGC commanders, Soleimani was careful not to criticize Ali Akbar Hashemi Rafsanjani, the former president and one of the architects of the Islamic Republic — but who also clashed with Khamenei toward the end of his life. Among Sar-Allah soldiers, there was a rumor that Soleimani voted for Mohammad Khatami in the 1997 presidential election. Nevertheless, Soleimani has in the past argued for the Basij to play a prominent role in Iranian politics and criticized any ideas to the contrary.

Soleimani and his subordinates have in the past colluded closely with the financial and construction projects of Hossein Marashi, the spokesperson for the Executives of Construction Party and former governor of Kerman. Financial involvement also extended to entities like Mahan Airline, which was later blacklisted by the US because of its cooperation with the Quds Corps.

Soleimani’s commentary on politics has been more often found at the local level, where he has previously come out in support of Kerman’s governor, Ali Reza Razm Hosseini. But after the governor’s scandalous resignation over the revelation of his Canadian dual-citizenship, IRGC media outlets did their best to eliminate any trace of Soleimani’s prior support.

As the Quds Corps Commander, Soleimani had strong involvement with Hezbollah in Lebanon and other militant groups. Iranian state media has shown multiple photographs of him alongside Jihad Mughniyah, the son of the infamous Emad Mughniyah of Hezbollah. His daughter, Zeinab Soleimani, has also been spotted alongside Fatima Mughniyah, Emad Mughniyah’s daughter.

The IRGC has tried to reshape the organization’s negative image by focusing on a propaganda campaign around Soleimani’s character and myth, even going so far as to float his name as a potential presidential candidate. But considering his personality and history, the presidency was not something that he aspired to — unless it had been ordered by the Supreme Leader or other prominent clerical figures. 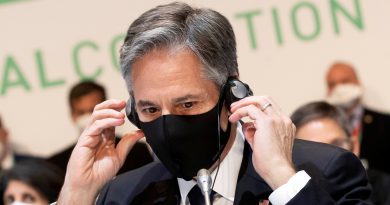 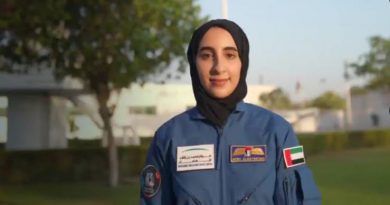 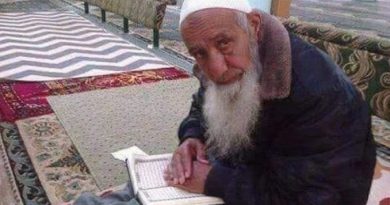