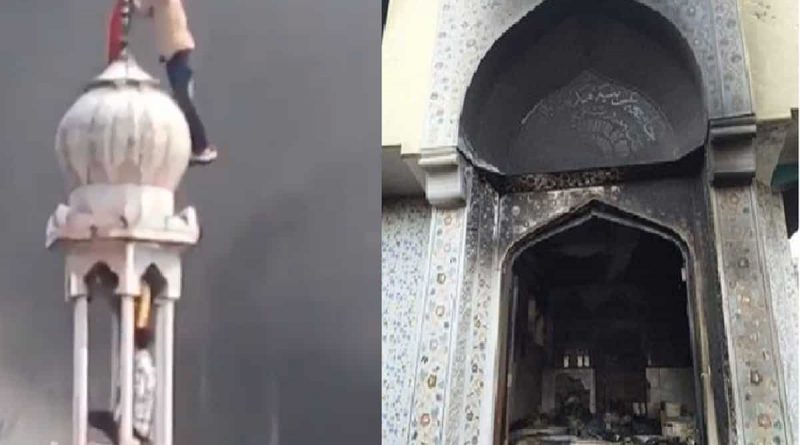 Vandalizing such a place from where equality, peace, love, brotherhood is spread is vandalizing humanity.

In the recent Delhi riots a mosque in city’s Ashok Nagar was set on fire and the flag of Hindu deity Hanuman was raised over it. The pictures floated on the social media and it hurt a lot of Muslims. I am sure a lot of non-Muslims do not know about what a Masjid or mosque is, so here’s my message to my fellow Indian citizens.

Mosque also known as Masjid is a place where prostration is performed to the Creator. What can be more beautiful than the feeling of surrendering oneself to the Lord. Masjid is where Muslims stand, bow, prostrate to their Creator, recite that what He has revealed to His Last Messenger—Quran a book which contains divine laws.

Reciting it regularly reminds us of our duties and responsibilities. It also keeps us strong and gives us hope and determination. It makes us happy to know that the end of this life is not the end of life altogether. We are promised, what we desire, an everlasting life for those who believe and do righteous deeds. Thus it brings solace to the sufferings.

Masjid is a place from where the Azaan is called with the words “hayya alas salah, hayya alal falah” which means “Come to prayer, Come to success”.

Masjid is a place where the king and the popper, rich and the poor, white and the black, tall and short stand shoulder touching shoulder, feet touching feet like they are one single structure worshipping the Supreme Being together. Symbolising, that all are one, all are equal. This was also verbally expressed by Prophet Muhammad peace be upon him in his sermon during the last days of his life that “O people, verily your Lord is One and your father is one. Verily there is no superiority of an Arab over a non-Arab or of a non-Arab over an Arab, or of a red (white) man over a black man, or of a black man over a red (white) man, except in terms of taqwa (righteousness, piety, God-consciousness).”

Vandalizing such a place from where equality, peace, love, brotherhood is spread is vandalizing humanity.

Common sense tells us that one cannot force another to believe in what he or she believes in as belief is in the heart. Force just won’t do the job. As Muslims, even in majority, we can never force anybody to believe what we believe. Almighty God forbids us to do so: “There is no compulsion in religion…” [Quran 2:256]

So, we don’t force anyone to chant religious slogans which they do not believe in. Leave alone lynching him for not doing so. On the contrary, God instructs us to act justly: “Allāh does not forbid you to deal justly and kindly with those who fought not against you on account of religion and did not drive you out of your homes. Verily, Allāh loves those who deal with equity.” [Quran 60:8]

Here are some of the basic attributes of God that we Muslims believe in:We believe our Creator is One and Only, He is the Creator of Heavens and the earth and all that exists between them. He is the One to Whom is our return and He shall hold us accountable for our deeds. We believe that God is unborn, uncreated, unseen, above His creation, All-Knowing, the One Who has Power over everything and whenever He decrees a matter He just says “Be” and it is. Such is Allāh, far above from all that they associate with Him.

We do not believe anybody possessing the following attributes to be God (Creator): being born, raised, not knowing, eating, taking a wife, begetting, dying, etc. as God is free of having the attributes of His creation.
Worshipping something/someone else apart from the true God/Creator is in complete contrast with the belief of a Muslim and is considered blasphemy and a biggest sin.

“O mankind! Worship your Lord, Who Created you and those who were before you so that you may become Al-Muttaqun (the pious, God-conscious, righteous).” [Qur’an 2:21]

So coming to the point of destroying a Masjid and killing people, how can killing even one man be justified just because he chose to worship the Creator and not the creation? 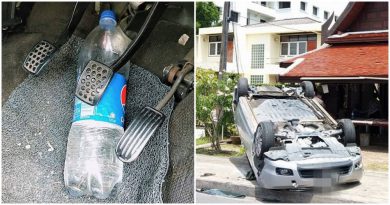 Water bottles in the car could lead to deadly accidents