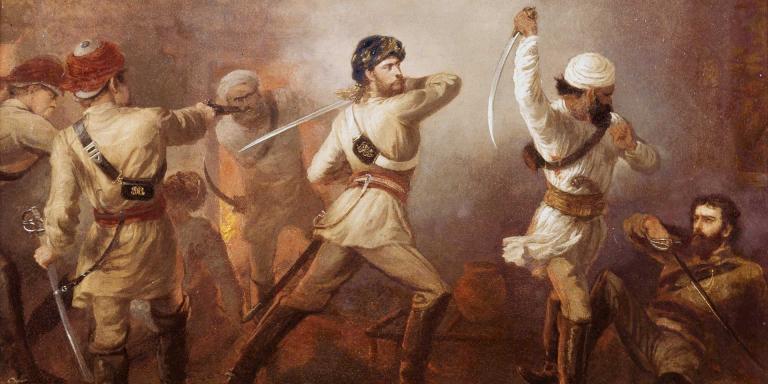 The Wahabi Movement is associated with the name of Muhammad ibn Abdul Wahhab who was born about 1700 C.E. in Arabian peninsula (modern day Saudi Arabia), who stood to purify Islam from unfounded practices in his own region. By the 18th century Indian Muslims had also acquired some un-Islamic practices and needed reforms. Realizing the urgency of the reforming the Muslims, Shah Waliullah (1703-1762) of Delhi in the 18th century took upon himself this arduous task. He was a great theologian; translated the Noble Qur’aan from Arabic to Persian (the spoken language of the time) and delivered bi-weekly lectures in his Madrassa.

The Faraizi Movement led by Pir Shariatullah and his successors in Bengal and the Wahabi Movement led by Syed Ahmad Shaheed and his followers in northern India, had the same ideology, i.e. the emancipation of India from the British. It would not be wrong to say that they had anti-British plans in their minds when they met at Makkah a decade ago during hajj. [Ref: Dr. Muinuddin Ahmad Khan, Muslim Struggle for Freedom in Bengal (Dacca, 1982, Second ed.) pp.20-23]

Aware of the British expansion, as early as in 1803, Shah Abdul Aziz of Delhi issued a fatwa declaring India as Dar-ul-Harb. The fatwa is a remarkable document in the history of the freedom movement in India against a foreign power.

After the fall of Syed Ahmad and Shah Ismail Shaheed in 1831, the Wahabi Movement waned and most of the Mujahids, retired to the frontier. Andaman islands or Kala Pani as they were then called were barren with a very rough climate. The harshest punishment given to a man was to send him to Andaman  where the Wahabi patriots were the first Indians to set foot.

The Wahabi were patriots and made matchless sacrifices for their motherland is undisputed. But the irony of Indian history is that their aims and missions have not been properly represented. With result that their achievements and sacrifices are still obscure.

History records that during the period from 1850-58 the British Government despatched 16 expeditions totaling 33,000 regular troops and finally decided to send a strong force consisting of 219 artillery, 551 cavalry and 4017 infantry under Genral Sir Sidney Cotton who defeated the Wahabis. [Ref: The History of Freedom Movement in Bihar, Vol.I , p.86]

The Revolt of 1857 was not Hindu or Muslim in character. It was non-communal. Both Hindus and Muslims assiduously organized the fronts against the foreign power.

Nana Saheb had a Muslim advisor, Azimullah. The Rani of Jhansi employed Muslim gunners. Moulvi Ahmadullah Shah addressed the joint meetings of Hindus and Musliims. Bahdur Shah had entrusted his mint and police departments to Hindus. Thus the Revolt scarcely had any tinge of communalism. In their struggle for freedom both Hindus and Muslims stood shoulder to shoulder with the single object of liberating themselves from the British Yoke.

The Revolt of 1857 is to be taken as our first war of independence in a simple sense of driving the British from India, the whole ideology of Wahabi Movement is definitely the same.

According to Hirendranath Mukerjee, “The most strident challenge that the British administrators  had to encounter those days was the Wahabi Movement which was not …anti-Hindu…. Indeed, Indian Islam in the nineteenth century had proclaimed a sort of war against Britain and though ‘They’ were defeated, but in the history of Indian National Movement, the spectacle of Muslims in those early days courageously trying to break the British fetters needs to be gratefully recorded.” [Ref: Hirendranath Mukherjee, India’s Struggle for Freedom (Bombay, 1948), p.41-45]

Prof. Santimay Ray says: “If independence means achieving freedom from British rule the phase of the Wahabi Moevement must be regarded as the prologue of Indian freedom struggle…Since 1830 onward the Wahabi Moevement spread far and wide, from Chittagong to Peshawar and from Madras to Kashmir. Whatever little evidence of organizational skill can be detected in the great revolt of 1857, was mainly contributed by the Wahabi fighters. ” [Ref: Santimay Ray, ‘The Army in Indian Freedom Struggle’ in Challenge-A Saga of India’s Struggle for Freedom, op.cit., pp.537-38]

After the Revolt – The Sufferings of Muslims started

Aftermath of the Revolt was very chaotic for the Muslims. They were mainly held responsible for the Revolt because they were generally hostile (and) the Hindus much less so. [Ref: Dr. R.C. Majumdar, History of Freedom Movement (Calcutta 1962), Vol.I, p.247]

The sufferings and privations of the Muslims knew no bounds. The Government offices were closed to them and the remnant of their property which had already been looted, was confiscated. Army services were strictly prohibited and the judiciary was also purged with them. Whenever any vacancy occurred in the Government Offices, only non-Muslims were allowed to apply for them. This had badly told upon their economy which reduced the them to extreme poverty. A community which a few years ago was economically sound was now at the lowest ebb of its degradation. [Ref: Durbin, July 14, 1869 a Persian Daily of Calcutta quoted by Mohammad Nouman, Muslim India (Allahbad, 1942), pp.22-23; See also W.W. Hunter, op.cit p.159 and Syed Ahmad Khan, Loyal Mahomedans of India, (Meerut, 1860), pp.2-5]

Muslims had been on forefront of the Revolt and they were rightly to suffer. Finding the British unsympathetic and harsh, they also resisted the new regime. Persian, the official language of the Mughals, was replaced by English to wipe out Musalmans from the administration, and therefore they hated the new system of education. They did not embrace western education and were stuck to their traditional system. [Ref: The Hindustan Review, July 1907.]

Thus a wide gap had existed between the rulers and the Musalamans. Till India won independence scores of Muslims have played their role so strongly which didn’t get the right due in the books of history and Muslim community themselves were unaware how much sacrifices their forefathers have done for this country in terms of their wealth, lives etc.,

Likewise present generation of students do not know about Khan Abdul Ghaffar Khan, a great nationalist who passed 45 years of his 95 years of life in jail for the freedom of India; Barkatullah of Bhopal, one of the founders of the Ghadar party who created a network of anti-British Oganizations and who died penniless in Germany in 1927; Syed Rahmath Shah of Ghadar party who worked as an underground revolutionary in France and was hanged for his part in unsuccessful Ghadar uprising in 1915; Ali Ahmad Siddiqui of Fyzabad (U.P.) who planned the Indian Mutiny in Malaya & Burma along with Syed Mujtaba Husain of Jaunpur and who was hanged in 1917; Umar Sobhani, an industrialist and a millionaire of Bombay who presented a blank cheque to Gandhiji for Congress expenses and who ultimately gave his life for the cause of independence, Mohammad Basheer, Khuda Bux, A.Zakaria, Zafar Hasan, Allah Nawaz, Abdul Aziz and tens of thousands of revolutionaries have been ignored.

Qaiser-ul-Tawarikh mentioned that the number of Muslims executed only in Delhi  during 1857-58 was 27,000, not to speak of those killed in the general massacre. This shows the great sacrifices they made for the emancipation of their country from British.

In all the national uprisings from Sanyasi Movement to independence, the files of the Home Department are replete  with their immense sacrifices that finally led to the withdrawal of British from India in 1947. What surprises one is the thing that even during the celebration of 50 years of independence, their role was not properly taken care of by the Press which led the All-India Milli Council, a body of Muslims to launch a Karavan-e-Azadi Rally, one from Srirangapatnam where the mausoleum of Tipu Sultan is located and other from Silchar (Assam) to educate people about the role of Muslims in the country’s freedom struggle.

What further pains one is the fate of Sultan Tipu’s epitaph, put on the memorable place where he fell fighting with the British in defense of his metropolis-his country-which he had been made a cricket wicket by the youngsters for their cricket practice during the World Cup 1999. No one, not even the local administration prevented this. This shows the ignorance of Indians of their greatest patriots who laid their lives for India’s freedom.

This article is a part of series to highlight the sacrifices of Muslims in liberating India from the British-raj.

Imtiaz Ahmed is a founding member and CEO of Illume Academy. The Academy is a youth centric learning forum, deploying all possible innovative teaching techniques in molding youth to be decisive thinkers with sound character, and effective leaders. 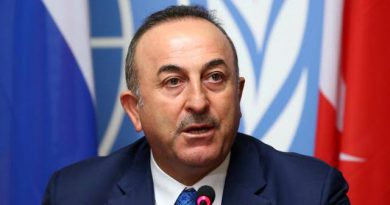 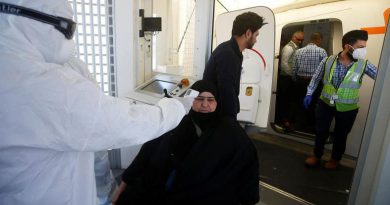