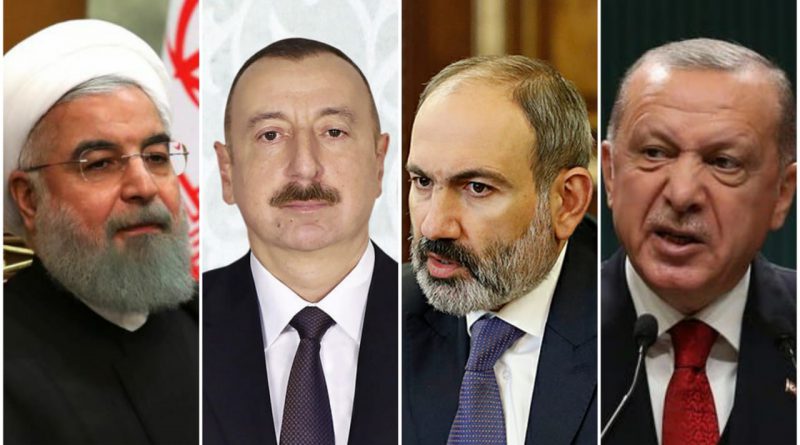 This alliance formula is due to the nature of the Turkish-Iranian rivalry in the Caucasus and Iran’s desire not to allow Azerbaijan to emerge as a powerful nation, recapture its territories, ally with Turkey and control the most important project to transfer gas and oil from the Caucasus to Europe — the Baku-Tbilisi-Ceyhan pipeline. However, a number of variables have contributed to Iran not adopting this formula and instead announcing a neutral official position, making only slight changes to the rhetoric it has adopted in relation to the conflict.

The official Iranian rhetoric has always called for the dispute to be settled via negotiations, without showing much enthusiasm toward the Azerbaijani position. It has also attempted to act as a mediator. But Russia refuses to let Iran serve as a mediator at the official level, insisting that the Minsk Group, which functions under the Organization for Security and Cooperation in Europe, acts as the official mediator. Moscow co-chairs the Minsk Group in partnership with the US and France.

Meanwhile, Azerbaijan believes that Iran’s neutrality is questionable, given the significant economic cooperation between Iran and Armenia, especially after the construction of a gas pipeline between the two countries, which was inaugurated in 2007, and Tehran’s implementation of road projects within the Azerbaijani territories that are occupied by Armenia.

After the conflict erupted once again on Sept. 27, Iran only belatedly issued its first statement on the ongoing fighting; unlike the Turks, who immediately stated their position, standing firmly behind Azerbaijan. The first Iranian statement made use of the same rhetoric as past statements issued when such fighting broke out. It called for the conflict to end and for the warring parties to engage in negotiations. However, the official Iranian rhetoric swiftly changed, with Tehran mentioning Azerbaijan’s right to retrieve its entire territories that were occupied in 1994. This rhetoric had never emanated from Iran before.

There are several variables that contributed to Iran shifting its rhetoric. Perhaps a primary issue was Azerbaijani President Ilham Aliyev announcing his two conditions to stop the fighting: Armenia returning Azerbaijani territories and Turkey partaking in the negotiations as a mediator. There is no doubt that the second condition would threaten Iran’s standing in the Caucasus and deepen the Turkish presence in the region. By seeking to woo Azerbaijan via its official statements, Iran wanted Baku to ease its opposition to allowing it to participate as a mediator. This is because it is expected Armenia will veto Turkey’s participation as a mediator, resulting in the need for others to get involved.

The second variable is Iran’s concern about the possible expansion of Azeri protests within its borders. This minority makes up 20 percent of Iran’s population and they support Azerbaijan in its quest to recapture its territories. This concern deepened when a number of Azerbaijanis protested in front of the Iranian Embassy in Baku, chanting: “Persians, Russians and Armenians are the enemies of us and the Turks.”

This is in addition to protests inside Iranian Azeri-majority cities like Tabriz and Ardabil, which denounced Iran’s support for Armenia. These protests pose a threat to Iran’s domestic security and could lead to the Azeri minority taking action against the regime in Tehran.

To calm the situation and mollify the Iranian Azeris’ resentment, deputies of the supreme leader in the four Azeri-majority provinces of Zanjan, Ardabil, East Azerbaijan and West Azerbaijan announced that Iran is supportive of Azerbaijan. They stated that Iranian territories would not be used to deliver Russian weapons to Armenia.

It seems that the idea of Iran passing Russian weapons on to Armenia has some basis. Russia shares no land borders with Armenia. They are separated by Georgia, which has massive economic interests in Azerbaijan, as the Baku-Tbilisi-Ceyhan pipeline passes through Georgian territory on its way to the Turkish coast. This is in addition to the Russian-Georgian dispute over the two regions of Abkhazia and South Ossetia.

In contrast, Iran is directly connected to Russia via the Caspian Sea and is connected to Armenia by land via the Meghri corridor. Due to the military alliance between Russia and Iran and Moscow’s previous use of Iranian airports during the Syrian war, suspicions have grown about the Russians using Iranian territory to provide Armenia with weapons.

The third variable, which is dominating the Iranian mindset, is the reported Azerbaijani use of militias made up of Syrians transferred by Turkey to Azeri territories from both Syria and Libya. There is no doubt that these militias will pose an imminent danger to Iran after the fighting stops if Turkey does not take them back to Syria. Many of these militias believe that their No. 1 enemy is Iran, not Russia, Armenia or even Bashar Assad. Hence, Iran will bear the brunt of this use of militias — a weapon it has been solidifying and using itself in many Middle Eastern disputes.

Therefore, Iran demonstrating some degree of sympathy with Azerbaijan and its ally Turkey may be to safeguard itself from the militias stationed a stone’s throw away from its borders. These groups are sufficiently combat-ready to engage in guerrilla warfare within Iran, just like the Fatemiyoun and Zainabiyoun militias, which Iran brought from Afghanistan and Pakistan, respectively, to battle the Syrian opposition.

Dr. Mohammed Al-Sulami is Head of the International Institute for Iranian Studies (Rasanah). He tweets under @mohalsulami. 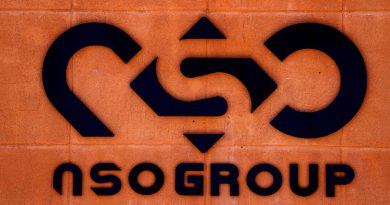 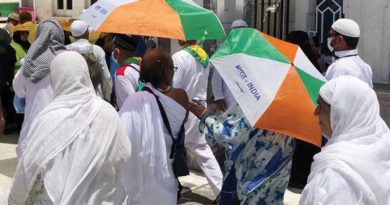 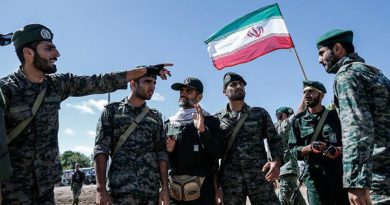