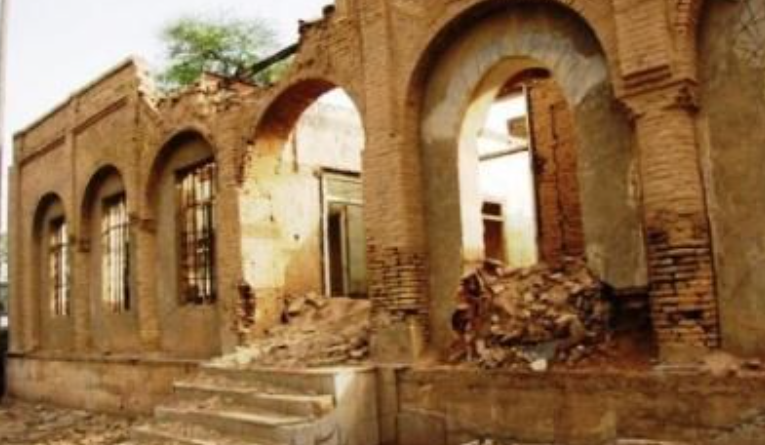 Iranian regime’s cultural vandalism and deliberate targeting of historical antiquities is no different to that of ISIS or the Taliban.

According to local sources in Ahwaz, Iranian authorities recently demolished an irreplaceable 5,000-year-old historical site in the city of Ramez, north of Ahwaz (Khuzestan) on 30 December 2020. The sources noted that the ‘Jobji’ historical site, which dates back to the Elamite era (3500 BC – 500 BC), was completely destroyed by bulldozers.

Iranian sources confirmed that, “The Elamite historical site was discovered in 2007 during work on the water supply canal project, with the site being registered on the list of national monuments in Iran.” Ahwazi history researchers stated that two Elamite women were buried at the site, along with hundreds of handcrafted items made of gold, bronze and pottery dating back to 3,000 BC.

Director-General of Cultural Heritage, Handicrafts and Tourism in Khuzestan, Hikmatallah Mousavi, told the ILNA news agency, “The construction of the new road destroyed the historical monument in Jobji,” adding “There are several mines and sand production companies in this area where trucks pass through the village of Jobji on the way to work, so the villagers protested against the noise from these heavy vehicles, with a new road planned to go around the village. As a result, the historical monument was destroyed without any coordination with the heritage institution in Ramez.” [Ref: ILNA News Agency]

Since contemporary archaeologists first started exploring the area, located in Ramez county in northeastern Ahwaz (Khuzestan) in 1997, they’ve recovered Elamite-era gold and bronze artefacts dating back to 600-700 BC, as well as even older Elamite historical relics dating back to 3000 BC. With the help of the Cultural Heritage Institute, they also discovered several ancient coffins in this area in July 2019.

Despite this priceless ancient cultural heritage, Iranian regime institutions have destroyed countless irreplaceable artefacts; in 2018, state oil and gas companies also destroyed ‘Tel Bermi’, the remains of a village dating back to 4000 BC, predating even the Elamite period, also in Ramez county. [Ref: Eskan News]

Many have noted that the Iranian regime’s cultural vandalism and deliberate targeting of historical antiquities is no different to that of ISIS or the Taliban.

There is no doubt that the Iranian regime has a long history of cultural vandalism of this nature in Ahwaz, destroying and demolishing numerous historical sites, some of which date back millennia. Officials of the regime’s Cultural Heritage Organisation and officials look on, doing nothing to stop the destruction of irreplaceable historical artefacts and heritage sites.

Ahwazi archaeologists and historians are determined to fight the threat of destruction against their heritage and cultural artefacts. In an interview with DUSC, Sheikh Tarmida, a Mandaean cleric, said, “The rich archaeological and architectural heritage of Ahwaz is suffering from destruction, deterioration and neglect.” He condemned the Iranian authorities for its devastating assault on the region’s heritage, pointing out that it is not a new development but part of a consistent policy by the regime, saying, “They have destroyed and demolished the places of worship and the Mandaeans’ historical and heritage relics in Ahwaz since 1979.”

In addition to the destruction of many archaeological sites dating back thousands of years, environmental changes such as desertification and floods due to the Iranian regime’s policies have also had a devastating effect on historical sites and artefacts in Ahwaz. Despite the regime’s claims to protect the historical sites and heritage in the region, Ahwazi scholars and researchers believe that the Iranian regime’s policy is not consistent with any sort of heritage preservation or environmental preservation, whether in historic urban centres, rural environments, or natural landscapes.

Another Ahwazi researcher told DUSC, “The Iranian authorities have not only committed the destruction, smuggling and theft of Ahwazi heritage and artefacts, but some Iranian merchants have also been involved in these shameful and illegal activities on a racist basis, as well as collecting money through the theft of historical antiquities.”

The Iranian government has recently destroyed many historic Elamite, Islamic and contemporary sites across Ahwaz such as castles, palaces. Ancient homes, places of worship, bridges, markets, cemeteries and other manmade features.

The construction of a sugar refinery, part of the regime’s loss-making sugar-refinery project in the region, in Ziggurat, Susa, threatens one of the oldest historical monuments in Ahwaz and globally. The Ziggurat, which dates back more than 3,300 years, is in danger of being destroyed by the Iranian authorities, motivating UNESCO to call on Iran’s regime to provide details about the dangers to the historic site. The Deputy Minister of Cultural Heritage in Iran said, “UNESCO has submitted a request regarding the threat of the Ziggurat in Susa,” stating that “we are ready to move the sugar factory to another place so that we can formally respond to UNESCO.” [Ref: Hamshahri Online]

Other irreplaceable Elamite antiquities and historical sites that the Iranian regime demolished in Ahwaz include “a historical site in Zidan, the inscription of Kharj Island in Abu Shahr, the inscription of the Apadana Palace in Susa, the destruction of the Elamite site of Saba Gata in Khalafia in 2008, Jareh Dam in Ramez, Lian yard in Abu Shahr, and Tell Bagara in Arjan.”

The Elamite Bagara hill, a monument dating back 5,000 years, which was located one kilometre from the village of Qalat Al-Sayed in Arjan (Behbahan), was registered by the regime as being among the country’s historical monuments in 2007. Despite this, Iranian authorities deliberately destroyed the monument without concern for the historical heritage of Ahwaz.

The regime’s deliberate sabotage of historical monuments in Ahwaz includes Islamic monuments, including the historic Islamic castle in Dayer, which was registered as a national monument in 2001, the historic Asaluyah Mosque, which was also registered as a national monument in 2006, as well as numbers of other Islamic monuments in the cities of Tester, Susa, Quneitra (Dezful), and Bastak in Ahwaz. [Ref: ISNA News Agency]

Historical monuments from Ahwaz’ contemporary history, such as palaces, houses and markets, have also been deliberately vandalised by the Iranian regime with the aim of destroying Ahwazi cultural heritage. Reports indicate that Ahwazi monuments dating back to the Masha’a’i, al-Ka’abi and al-Qawasim eras have been completely destroyed.

The hauntingly beautiful palaces at Ajam, the palace of Sheikh Abdul-Hamid bin Khazal in the city of Ahwaz, and the palace of the Filiyeh of Sheikh Khazal, the last monarch of Ahwaz, were all very deliberately destroyed by the Iranian regime. The Filiyeh Palace, built in 1917 in the city of Muhammarah near the Shatt al-Arab River, was registered on the National Monuments List in 2000; ten years later, regime authorities tore it down. The Iranian regime also demolished the Dar Khowin oil cinema, which was built about 109 years ago.

The Iranian regime also recently demolished the stunning Bachari historical house in Abadan, which dates back to Sheikh Khazal’s era prior to the occupation of Ahwaz in 1925. This house was registered as a national monument in 2003.

These are not isolated incidents, with the Iranian regime demolishing the gorgeous Kazim and Qaleh Khan houses built using long-forgotten traditional construction methods in Bastak. During a visit to Bastak, the governor of Hormuzgan stressed the need to preserve and protect the city’s traditional architecture, and historical and ancient places of this city; despite this, those which have not yet been razed are unlikely to remain much longer. It is worth noting that the Iranian authorities have also destroyed most of the historical monuments in Jemberoun, Lenja and other areas in southern Ahwaz. [Ref: IRIB News]

Irina Tsukerman, American international lawyer, in an interview with DUSC, said, “Demolishing historical sites constitutes an attempt to engage in cultural genocide and erasure of distinct cultural identities and violates both the cultural rights of the distinct groups and violation of international norms.” She added that UNESCO has engaged in efforts to protect historical heritage sites from destruction. For instance, the Hague Convention of 1907 prohibits the destruction of cultural heritage and requires that parties be equipped to take “all necessary steps” for the “protection of buildings dedicated to religion, art, science, or charitable purposes, historical monuments, hospitals, etc.”

Tsukerman emphasised that cultural property is also treated as private property and is prohibited from being seized, destroyed, or being wilfully damaged, adding, “The UN Special Rapporteur on Cultural Rights, Karima Bennoune, has testified that destruction of cultural heritage is an attack on people and their fundamental rights, essentially equating sacred places and other cultural heritage sites as an expression of a people’s unique identity and therefore a human right.”

Tsukerman pointed out that “Iran and other states that engage in wilful demolition of historic heritage are seeking to deny non-Persian peoples and nations such as Ahwazi Arabs a sense of unique and distinct identity that has emerged over thousands of years and to create a false perception of imaginary monolithic culture in line with the ideology of ethnocentrisms and the Islamic Republic’s official doctrine.” She added that ethnocentrists such as the IRI “deny the existence of distinct non-Persian cultures which have contributed to the rich fabric of interactions and influence the general culture in the region; they also deny the influence of Arab culture over the region and claim that the Persian culture in the region is distinct from the various ethnic influences and interaction between various khanates, dynasties, and tribes.”

The American lawyer stressed that “international human rights NGOs and community should stop following Iranian propaganda and take time to educate themselves about the culture of the region in order to protect precious heritage sites from destruction.” She said that “UNESCO should take measures to call out Iran for its barbaric practices that make the IRI more similar to ISIS and the Taliban than to the ancient civilisations for which it is falsely taking credit. Therefore, in that regard, the regime should be treated exactly like these terrorist organisations.” She added, “Iran should be sanctioned for its destruction of history, its claims of history should be subject to strict scrutiny in all cultural and educational institutions around the world, its official experts should be denied certifications, and it should be expelled from all international cultural bodies.”

The grotesque distortion of history by Iran’s regime contributes to the false perception of history and reality in the Middle East and as a result, contributes to misguided policies which only perpetuate human rights abuses in the region. Iran is destroying historical monuments and arresting any activist who opposes these policies of sabotage and vandalism, as many historians and activists specialising in the fields of history and heritage were arrested. According to Ahwazi sources, the Iranian authorities have detained dozens of activists in various areas in Ahwaz on charges of promoting teachings against the Iranian regime’s policy. This continuing barbaric, ISIS-style policy of destroying historical monuments without any international deterrence causes the regime to accelerate the destruction of remains of the historical monuments in Ahwaz, with the aim of destroying Ahwazi heritage and identity and robbing the people and the world of heritage stretching back for millennia.

Kamil Alboshoka is an Ahwazi researcher and international law specialist. He tweets under @KAlboshoka. 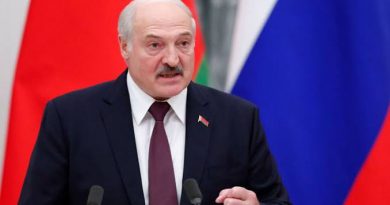 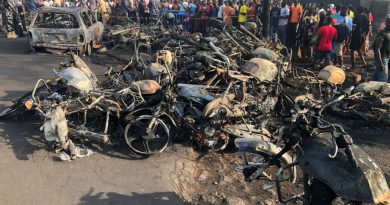 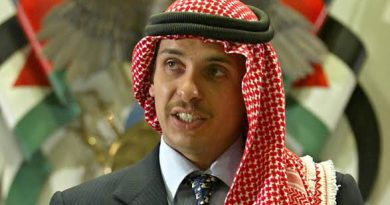