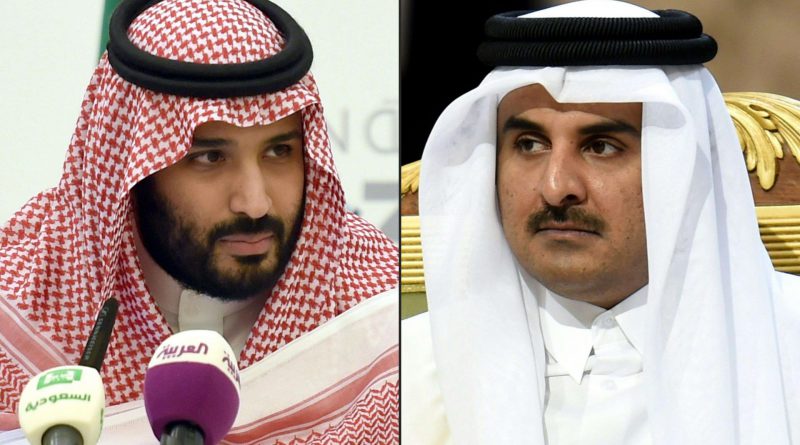 By sending the invitation to Prince Tamim, King Salman threw the ball in Qatar’s court.

How likely is Arab quartet reconciliation with Qatar, in 2021? This question has been trending in the Middle East, since Biden’s victory with the presidential elections in the United States, in November. The joint decision by the Arab quartet; namely Gulf Cooperation Council (GCC) countries Saudi Arabia, United Arab Emirates (UAE), and Bahrain, along with non-GCC country Egypt, to severe economic and diplomatic relations with Qatar, in 2017, was initially supported by US President Trump, who is due to leave office soon.

Later on, the Trump administration tried, in vain, to re-intervene to reverse the decision and make reconciliation. Kuwait has also been exerting a huge effort on shuttle diplomacy between Qatar and Saudi Arabia, which also fell on a stalemate. The Arab quartet set thirteen conditions for reconciliation with Qatar, which Qatar is not willing to abide by or even negotiate. That includes closing Al Jazeera media broadcast facilities, cutting relationship with Iran, removing Turkish troops from Qatari land, and ending support to the Muslim Brotherhood, which is designated as a terrorist organization in Egypt, Saudi Arabia, and UAE.

In early December, Jared Kushner, Trump’s closest advisor, son-in-law, and the engineer of recent Abraham peace accords between Israel and some Arab countries, paid a visit to Doha and Riyadh. Around the same time, unforeseen rapprochement started to warm up between Saudi Arabia and Turkey, following the G-20 summit. Turkey is the closest military and economic ally to Qatar in the Middle East region, if not in the whole world. These coincident events stirred speculations in Arab media about a potential reconciliation between Qatar and its Gulf neighbors Saudi Arabia, Emirates, and Bahrain, during the GCC summit that was scheduled to take place in Manama, Bahrain, in mid-December, regardless of Egypt’s position.

However, a tweet by UAE Foreign Minister Anwar Gargash, on December 8th, busted this media hype. “The UAE appreciates the efforts of sisterly Kuwait and the United States’ endeavors towards strengthening solidarity in the Arab Gulf; and supports the good efforts by Saudi Arabia on behalf of the four countries,” Gargash tweeted. “UAE affirms that the relations of the Gulf Cooperation Council with sisterly Egypt are an essential pillar in preserving security and stability in the region. We look forward to a successful Gulf summit;” Gargash added to his tweet.

Currently, Prince Tamim is stuck between a rock and a hard place. On one hand, his country still cannot cope with the economic and social complications of the Arab boycott. Qatar’s reliance on Turkey for military support and trading is only solving a small part of the problem. On the other hand, the newly released documents proving Qatar’s support to Houthis in Yemen through providing drones and military equipment, puts Prince Tamim and the entire ruling family under the risk of international investigations.

On the other side, the news of electing the Democrat Joseph Biden as the new US President is forcing Arab quartet countries to recalculate their strategic options in the next years. That is particularly true for Egypt and Saudi Arabia, which expect a cold shoulder from the new US administration, for reasons related to human rights issues.

Yet, it is unlikely that Biden administration may favor the Qatari regime to other Arab Gulf allies like Saudi Arabia and UAE. The economic investments by Saudi Arabia and United Arab Emirates in rebalancing the political powers of the region, played a tremendous role in ensuring relative stability in face of the harmful attacks by the triangle of Turkey, Iran, and Qatar. This newly found state of relative stability is serving U.S. economic and political interests in the Middle East, too. US President elect Biden cannot afford the risk of shaking the well-established economic ties with Saudi and Emirates to please his supporters from the Muslim Brotherhood and their sponsors in the Qatari regime.

Given all the aforementioned intersected interests and concerns, the upcoming GCC summit may put an end to the Arab boycott of Qatar. After several postponements, the GCC Summit is scheduled to take place in Riyadh, Saudi Arabia, rather than Manama, Bahrain, on the first week of the new year, on January 5th, 2021. Reportedly, King Salman of Saudi Arabia invited the Egyptian President El-Sisi to attend the summit. Meanwhile, King Salman sent an invitation to all Arab Gulf leaders, including the Prince Tamim of Qatar to join the summit.

By sending the invitation to Prince Tamim, King Salman threw the ball in Qatar’s court. The way he decides to play it back, or not, shall determine what would happen next on this matter. In the past two GCC summits of 2018 and 2019, Prince Tamim declined to attend the meetings, despite receiving invitations. Some believed this was his own way to protest the Arab quartet boycott of Qatar, while others interpreted it as an act blinded by an inflated ego.

One can hardly be optimistic that Prince Tamim may willingly comply with the Arab quartet’s thirteen conditions. However, there is a high probability that he would attend the summit and negotiate a deal. 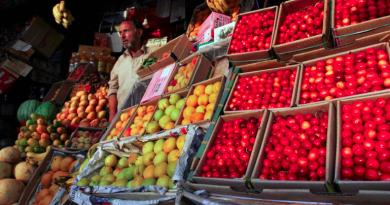 Kashmir growers fear for their fruit in pilgrimage traffic jams 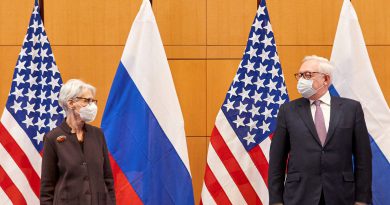 U.S. and Russian negotiators face off in Geneva over Ukraine