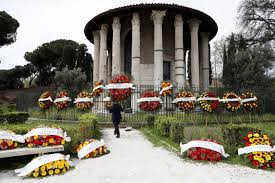 PARIS (Reuters) – France passed the grim milestone of 100,000 people dead from COVID-19 this week, but a warden at a Paris cemetery has already been witnessing the death toll as she oversees a constant procession of burials.

The number of burials carried out at Raymonde Boulon’s cemetery in Thiais, a south-eastern suburb of Paris, was 700 higher in 2020 than in the previous year.

She recalled the point early last year when she and her colleagues realised the COVID-19 epidemic was exacting a heavy toll.

“When we crossed the threshold of 15 burials, 15, then 17, then 19, up to 20, we said ‘Ooh la’,” said Boulon, surrounded by freshly-filled burial plots with temporary wooden markers standing in for headstones.

“We just said to ourselves: ‘We need to get organised and make sure everything runs smoothly,” said Boulon, a 49-year-old mother of two. “We realised the scale.”

During the peak of mortality from the epidemic, between March and June 2020, one section of the cemetery alone carried out 305 burials, a figure she said was “enormous.”

Some caskets arrive at the cemetery direct from hospitals and mortuaries — for cases where there is no family to organise the burial, or they cannot afford it. Normally they would come twice a week, but during the worst period, these caskets were arriving almost daily, said Boulon.

Ordinarily, many families from immigrant communities repatriate deceased relatives’ bodies for burial in their country of origin. The pandemic closed international borders, so they were buried in Paris instead, further ramping up the pressure on the cemetery.

The pandemic also meant restrictions had to be enforced on how burial ceremonies were conducted.

Boulon described how she had to tell a grieving relative that no more than 20 people could attend a burial. “The person was crying, did not understand,” she said. “That affected me.” 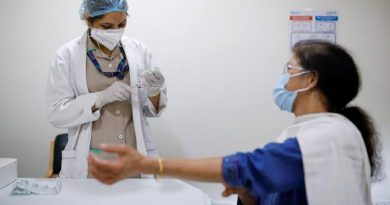 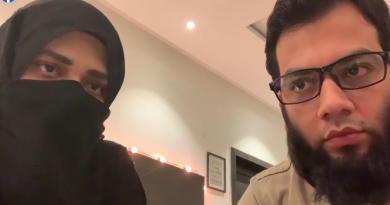