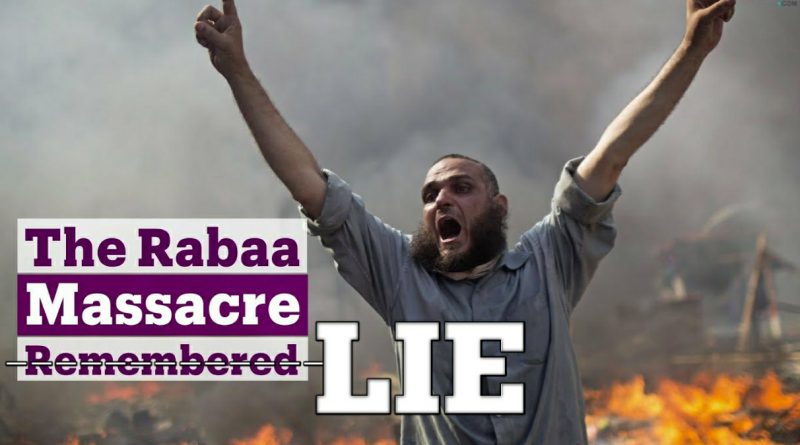 On the fifth night of the holy month of Ramadan, millions of Egyptians re-lived the difficult emotions of worry, fear, and anger that I personally experienced, first-hand, in the summer of 2013. The fifth episode of the TV Drama “Al-Ikhtyar 2 (The Choice 2)” depicted the bloody events that took place during the evacuation of the Muslim Brotherhood’s so-called protest camps of “Rabaa” in Cairo and “Al-Nahda” in Giza, on the early morning of the 14th of August 2013.

I was present in the middle of chaos, at Rabaa Square, on that blood-stained morning. It was part of my work, at that time, to monitor and evaluate the performance of police forces with protesters. The night before the evacuation, I received an invitation from the National Security Bureau, to monitor the evacuation of the Muslim Brotherhood strike camps, the next day, in application to the Public Prosecutor’s decision, made after 45 days of investigations. The police forces promised to commit to highest degrees of self-discipline during evacuating the protesters striking in those camps. Thus, they did not hesitate to invite media personnel and observers from local human rights organizations, like myself, to witness the event and report to the local and international public opinion.

In addition, the Muslim Brotherhood leaders forced women and children to join the strikes, in an attempt to copy a Syria-style scenario, so they can easily call for foreign intervention on humanitarian basis. They forced women to join their husbands on the strike to provide them with sexual intimacy whenever they need, so that they guarantee the men would remain in the strikes for longer. They, also, brought children, under ten years old, from orphan houses owned by the group’s charity organizations in rural poor cities, and forced the kids to carry coffins and wear labels reading “potential martyrs” on their chests.

In August 2016, Muslim Brotherhood’s fabrications about the “peacefulness” of Rabaa and Al-Nahda strike camps were revealed by Ahmed Al-Moghier, the manager of Rabaa strike camp. He posted on his own Facebook page the full details on how they used the camps to hide machine guns, create primitive bombs and Molotov bottles, and train strikers on martial combat. He, also, confessed that they brought some skillful gunmen from the Muslim Brotherhood militia, to kill the police officers employed by a legal order from the Public Prosecutor to evacuate the strikes. Al-Moghier’s confessions derives their credibility from the fact that he was not only the manager of Rabaa strike, but also a close associate to Khairat Al-Shatter, the most powerful de facto leader of the Muslim Brotherhood.

During the strike, in August 2013, a number of local human rights non-governmental organizations formed a fact-checking delegation to visit Rabaa strike camp, after citizens living around Rabaa Square filed complaints to the Public Prosecutor about strikers receiving martial combat training and storing weapons inside wooden coffins, hidden at the strike camp. Al-Moghier and his armed affiliates prevented the human rights delegation from entering the Rabaa strike camp or searching the wooden coffins. When the members of the delegation insisted, Al-Moghier and his men physically assaulted them, forcing them to leave.

The military institution, with the help of the judiciary, Al-Azhar, and the Prime Minister, spent long weeks hopelessly trying to convince the Muslim Brotherhood leaders to end the sit-ins, before Eid Al-Fitr. Some foreign allies, including representatives from the European Union, the United States, and some Arab countries tried to intervene, in vain, to negotiate a deal with the leaders of the Muslim Brotherhood. As reports and complaints were filed to the Public Prosecutor about the violent crimes practiced by the strikers against civilian inhabitants around the sit-in locations, the Public Prosecutor made a decision that the strikes represent a threat to national security. Accordingly, the Public Prosecutor issued a legal order assigning police forces to intervene adequately to disperse the sit-in camps. The 13th of August was declared as an ultimatum for the Muslim Brotherhood to end the strikes before police intervention.

As the Muslim Brotherhood leaders failed to comply, the police forces were sent on the early morning of the 14th of August to disperse the camps. According to what I saw with my own eyes, on that day, and told to the court investigating the Raba case later, the assigned police forces aimed at gradual use of force and vowed commitment to high levels of self-discipline, while accomplishing their mission. The policemen started by clearing a safe exit passage for the strikers to leave peacefully, without being harmed or arrested. Then, a policeman spoke to strikers, through a microphone, urging them to leave the strike camp without resistance.

However, in less than half an hour, a gunshot coming from inside the strike camp in Rabaa killed the policeman holding the microphone. As a result, the police forces had to use equal force to deal with the shooters located inside the camp. Inevitably, the evacuation of the Rabaa camp turned into a horrific scene of mutual war between police forces and gunmen inside the strike. I repeat, it was a scene of war between the police and an armed group, and not a massacre by a police force against peaceful protests, as the Muslim Brotherhood propaganda were claiming. In other words, the police forces had no option but to use force to contain the shootings that killed policemen. According to Egyptian government official statistics, more than six hundred people were killed, including policemen and civilians.

Simultaneously, Muslim Brotherhood leaders, who fled Egypt immediately after the 2013 revolution, deliberately incited and funded their associates in the Hamas movement, which is the Muslim Brotherhood branch in Gaza, to spread terror in North Sinai. In immediate response to Muslim Brotherhood leaders’ incitement, Hamas attacked military troops in Sinai, and consequently revived fellow terrorist organizations that had been hiding in Sinai for years – for example – Ansar Beit Al-Maqdes and Al-Jama’a Al-Islamia. The waves of terrorism that Hamas initiated, at that time, was polarized in mid-2016, when the terrorist organizations in Sinai got united under the flag of the Islamic State (ISIS) and called themselves “Welayat Sinai.”

The peak of violent attacks by Muslim Brotherhood members and sympathizers inside Egypt continued till late 2015, mounting up to more than three thousand documented violent atrocities committed by the Muslim Brotherhood members and sympathizers against innocent civilians and state institutions in internal cities. This horrific number of documented violent atrocities does not include the toll of life losses caused by terrorists dwelled in Sinai.

Long story short, as the Muslim Brotherhood and their Islamist affiliates were practicing violence against civilians in avenge to their ouster from power, in 2013, the Muslim Brotherhood leaders with good connections in the United States and Europe cleverly sold a big lie to Western media in an attempt to legitimize their purposeful violent atrocities inside Egypt. That lie is labeled as the Rabaa massacre. 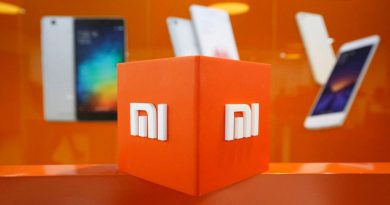 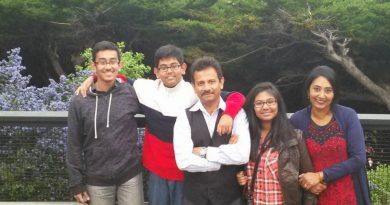 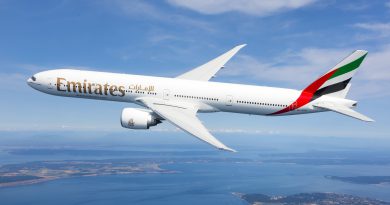