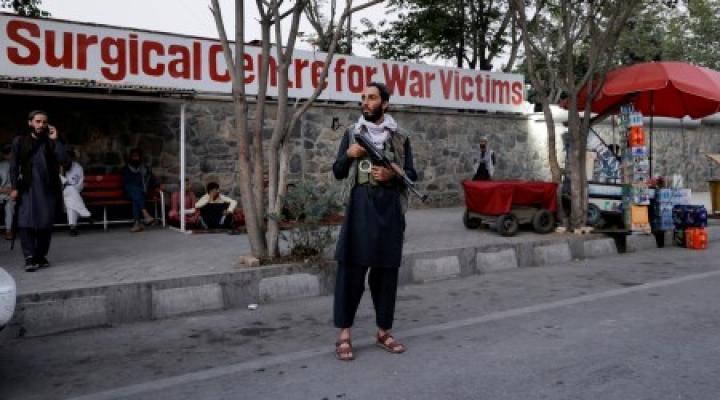 Kabul (Reuters) – A blast killed several civilians at a mosque in Kabul where people were holding prayers for the mother of the Taliban’s spokesperson, officials in the movement said on Sunday, and gunfire was later reported on the outskirts of the city.

There was no immediate claim of responsibility for Sunday’s attack, apparently the most serious in the Afghan capital since the withdrawal of U.S. forces in August.

Several other civilians were hurt in the explosion on a main road near the entrance of the Eidgah mosque, officials said.

The attack underlined the mounting challenges facing the Taliban as they grapple to adapt to government and prevent a complete collapse of Afghanistan’s war-battered economy, with millions threatened by famine as winter approaches.

The local affiliate of Islamic State, which has fought the Taliban for years, has already claimed to have carried out attacks on Taliban fighters, although officials from the new government have dismissed the threat from the group.

Hours after Sunday’s blast, local media reported heavy exchanges of gunfire in Karezimir, an area immediately to the north of the city. Residents contacted confirmed they had heard explosions and gunfire. Reuters was not immediately able to determine who was involved.

Taliban spokesperson Zabihullah Mujahid confirmed the explosion had taken place. He did not comment on reports from other officials in the movement that the mosque had been holding prayers for his mother who had died recently.

The Taliban, who are also fighting the remnants of forces loyal to Ahmad Massoud, an opposition leader from the Panjshir region north of Kabul, have said they have almost complete control of the country.

But Sunday’s violence, and a string of smaller incidents in recent days in areas including Nangarhar on the border with Pakistan and Parwan north of Kabul, have shown that security threats have not disappeared.

A Taliban soldier who said he saw the explosion on Sunday said two people were killed and eight wounded. He said there appeared to have been two bombers and added that one of these was killed and the other caught trying to escape.

Local media quoted the ministry of the interior as saying eight people had been killed and 20 wounded but one Taliban official, who spoke on condition of anonymity, said the final total would be higher.

Suicide attacks, many claimed by the Taliban, killed thousands of civilians in Kabul during the 20-year insurgency against the Western-backed government. Afghans had hoped that the movement’s victory would bring them to an end.

However militant groups such as Islamic State have continued to operate, posing a potentially serious threat to stability. The group recently claimed responsibility for bomb attacks in the eastern city of Jalalabad.

“The blast occurred on the main road just outside the Eidgah mosque where the prayer ceremony for the mother of Zabihullah Mujahid was underway,” said one official, who asked not to be named.

In August, the Taliban Islamist militia swept back into power in Afghanistan after most U.S. and other Western troops left, ending a military and diplomatic mission that began soon after the Sept. 11, 2001 attacks on the United States. 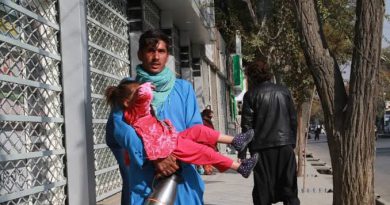 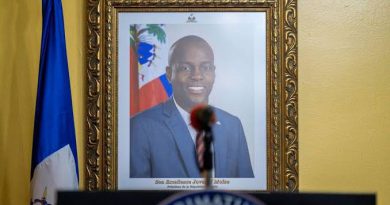 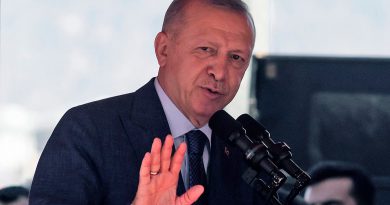