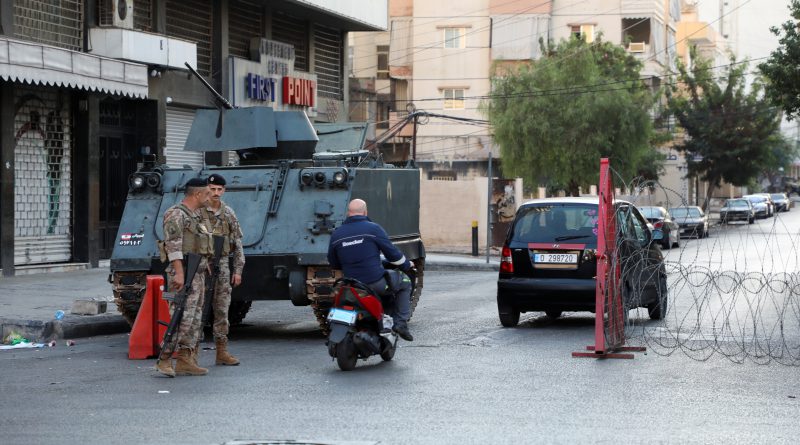 Beirut (Reuters) – The Lebanese Shi’ite group Hezbollah said on Friday it would not be dragged into civil war even as it stepped up accusations against the Christian Lebanese Forces (LF) party it says killed seven Shi’ites in Beirut’s bloodiest street violence in years.

The accusation, denied by the LF, underlines worsening sectarian tensions after Thursday’s violence which began as people were gathering for a protest called by Hezbollah against the judge investigating last year’s Beirut port blast.

The probe into the catastrophic blast appears in increasing doubt, fuelled by a bitter political dispute over the lead investigator’s attempts to question officials who include Hezbollah allies.

The violence, which erupted at a boundary between Christian and Shi’ite Muslim neighbourhoods, has added to concerns for the stability of a country that is awash with weapons and grappling with one of the world’s sharpest ever economic meltdowns.

The Lebanese Forces condemned the violence on Thursday which it blamed on Hezbollah “incitement” against Judge Tarek Bitar, the investigator.

The sound of gunfire could be heard across Beirut during funerals on Friday.

Speaking at the funeral of Hezbollah members killed on Thursday, senior Hezbollah leader Hashem Safieddine accused the Lebanese Forces, which had a powerful civil war militia, of trying to start a civil war.

“Because they know that we don’t want civil strife, they dared to do that,” he said. “We will not be dragged into civil war but at the same time we will not let the blood of our martyrs be in vain.”

The coffins were draped in yellow Hezbollah flags and surrounded by men in military fatigues during the funeral in the southern suburbs of Beirut.

Safieddine accused the LF of taking orders from the United States, which lists Hezbollah as a terrorist group, and of being financed by “some Arab countries”, an apparent reference to Saudi Arabia.

U.S. Under Secretary of State Victoria Nuland, on a visit to Beirut on Thursday, expressed condolences for “the tragic loss of life” and called for calm and de-escalation.

Saudi Arabia, which also views Hezbollah as a terrorist group, said it hoped the situation would stabilise as soon as possible.

The army initially said rounds were fired on Thursday at protesters as they passed through the Teyouneh traffic circle dividing Christian and Shi’ite Muslim neighbourhoods. It later said there had been an “altercation and exchange of fire” as protesters were on their way to the demonstration.

The dead included three members of the Shi’ite Amal Movement.

Lebanon’s most powerful group, Hezbollah has led calls for Bitar to be removed from the probe into the blast, which was caused by a huge quantity of unsafely stored chemicals and felt in Cyprus some 260 km (155 miles) away.

The Iran-backed group accuses him of leading a politicised probe that has picked on certain people, a reference to Hezbollah allies whom Bitar has sought to question.

In an interview, the Sunni Prime Minister Najib Mikati suggested concern over Bitar, saying “a constitutional error” may have been committed, echoing a view that he had exceeded his authority in pursuing top officials.

Many Lebanese including families of the victims are furious, fearing ruling politicians will whitewash the inquiry into one of most powerful non-nuclear explosions ever recorded.

“Lebanon’s ruling establishment will use yesterday’s instability to frame the investigation as doing more harm than good,” said Lina Khatib, director of the Middle East and North Africa Programme at Chatham House.

“The impunity enjoyed by the ruling class will push the port investigation to face the same fate as previous attempts to hold those in power accountable for gross transgressions: an indefinite delay with little hope for meaningful results.”

The crisis over the probe has paralysed government as it seeks to dig the country out of the financial meltdown. It also risks complicating ties with Western governments from which Beirut hopes to secure aid.

The United States and France want a transparent probe.

A judicial source told Reuters Bitar had no intention of resigning, even as his opponents hold him responsible for bloodshed.

All those Bitar has sought to question deny wrongdoing. 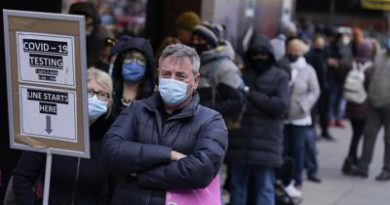 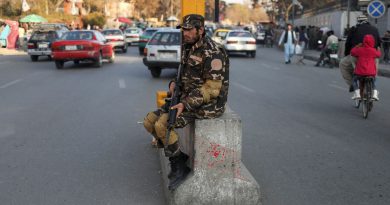 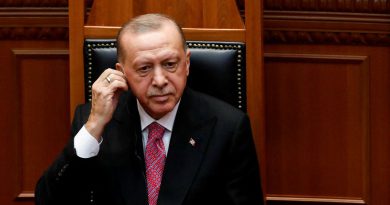