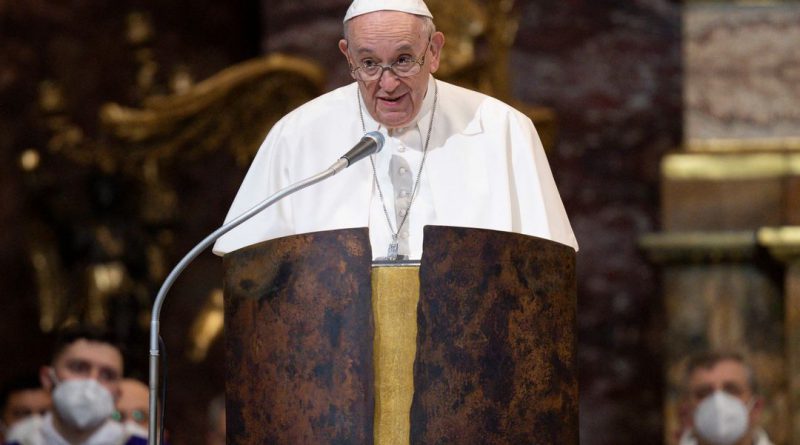 Vatican City (Reuters) – A sombre Pope Francis on Sunday issued his toughest condemnation yet of the invasion of Ukraine, saying the “unacceptable armed aggression” and “massacre” must stop.

The pope has not used the word “Russia” in his condemnations of the war since President Vladimir Putin ordered the invasion on Feb. 24. But the pontiff’s choice of words appear increasingly aimed at rejecting Moscow’s justifications for the invasion.

“Faced with the barbarity of killing of children, of innocents and unarmed civilians, no strategic reasons can hold up,” he told 25,000 people in St. Peter’s Square during his Sunday blessing.

Moscow says its action is designed not to occupy territory but to demilitarise and “de-Nazify” its neighbour. It has also denied targeting civilian areas.

“The only thing to do is stop this unacceptable armed aggression before it reduces cities into cemeteries,” Francis said.

“In the name of God I ask you: stop this massacre!” Francis said, before asking the crowd to join him in silent prayer for an end to the war.

He called Ukraine’s besieged port of Mariupol a “martyred city” and again appealed for “truly secure humanitarian corridors” to allow residents to evacuate.

Russia bombed a maternity hospital in Mariupol on Wednesday. Ukraine said pregnant women were among those hurt; Russia said the hospital was no longer functioning and had been occupied by Ukrainian fighters.

Francis seemed particularly sombre. After an unusually brief greeting to groups in the square, he left the window on the top floor of the Apostolic Palace and returned to the papal library.

On Sunday Francis also urged people to take in refugees from Ukraine and thanked those who had joined a “great network of solidarity” to help those fleeing war.

The fighting in Ukraine has created more than 2.5 million refugees, with most taken in by Poland. 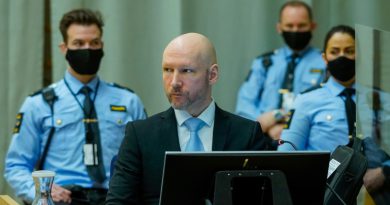 Breivik as dangerous now as a decade ago: psychiatrist 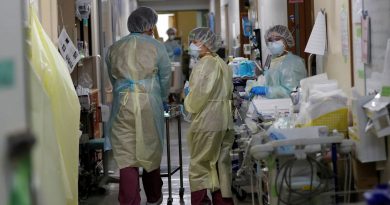 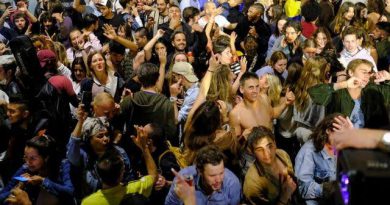