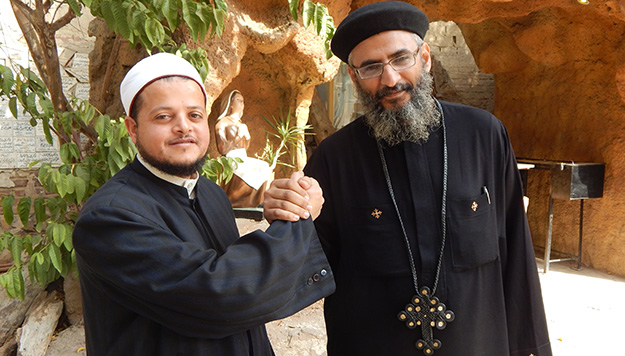 President El-Sisi has shown unparalleled dedication to improving the status of religious freedom.

“Egyptians are religious by nature;” is one of the common statements used to emphasis one of the most popular stereotypes about the Egyptian people. Indeed! For thousands of years, since the time of ancient Egypt, religion has been integral to the logic Egyptians use to make decisions, including major life-changing choices as well as minor day to day activities.

The Month of April has been a special month of deep revelation and spiritual growth, as Egyptian Muslims and Christians are celebrating a cluster of holy days that carry a very special significance to each of them. While Muslims are fasting for Ramadan, Christians are fasting for the Great Lent. Moreover, next week all Egyptians will be celebrating Sham Elneseem (the Spring Holiday) which has been celebrated since the time of Pharaonic Egypt. All these special occasions are serving as a reminder that Egyptians belong to the same source.

Along their long history, Egyptians were able to keep a perfect balance between being religiously pious on a personal level and being tolerant and open-minded on the wider social level. Only, in the past three or four decades this has changed dramatically, as politicians learnt how to abuse religion to mobilize supporters and gain popularity. In the process they broke this ideal balance and raised a wave of extremism among the grassroots citizens, that has not been cured until this moment, despite sincere efforts by the government and official Islamic institutions, such as Al-Azhar and Dar Al-Ifta.

Two major incidents that took place earlier this month are highlighting this dangerous transformation. On the first week of Ramadan, a Coptic Archbishop in Alexandria got killed by a random man, who stabbed him in the neck. Initially, the perpetrator claimed that he is mentally unstable. But, a few weeks later, investigations found that he is a jihadist who has been arrested when planning for a terrorist attack, in the 1990s, and got released recently by a presidential amnesty because of his age.

On the next week, a Christian woman and her daughter were denied service at a Koshary restaurant, because they wanted to eat before Sunset. After she ordered the food, a waiter in the restaurant came and took the plates away and prevented them from eating. When the woman revealed that she is not fasting for Ramadan because she is not Muslim, he forced her to leave.

Of course, the government and Al-Azhar institution has already condemned both incidents and took all necessary legal actions to protect the affected citizens and punish the perpetrators. Yet, the dangerous factor in the two incidents is that they were committed by ordinary people against their fellow citizens, believing that by assaulting them they are doing a service to Allah and Islam.

For decades, the Coptic Christian citizens, who compromise more than 15% of the Egyptian population, had suffered marginalization and discrimination, as a result of corrupt state practices, unfair laws, and the quick rise of extremist Islamists, especially in rural cities.

Freedom of belief is guaranteed by constitution, but has never been respected by the society or politicians. Former presidents used to abuse religion to upscale their political game or oppress opposition. President Nasser discriminated against Egyptian Jews because he was involved in war with Israel, on behalf of the Arabs. President Sadat empowered Islamic extremists to rid him of the communist Nasserists. Ironically, he got assassinated by those Islamic extremists later when he made a peace treaty with Israel. President Mubarak politically muted Coptic Christians by manipulating the heads of the Egyptian church and showing tolerance towards sectarian discrimination practices.

In absolute contrast, President El-Sisi has shown unparalleled dedication to improving the status of religious freedom, as a tool to combat violent extremism and restore peace, security, and stability in the country. President El-Sisi came to power during a period of extreme chaos and insecurity purposefully ordained by the Muslim Brotherhood to avenge their removal from power, in June 2013. He never hesitated to take shocking steps towards reviving the Jewish and Christian heritage of Egypt, and pressuring Al-Azhar for renovating the Islamic extremist rhetoric.

Yet, that is not enough! More effort is needed to be exerted on the grassroots level, where extremists are still powerful. Either through media or civil society organizations, there has to be a way to re-awaken the public mindset of religious and cultural tolerance that defined the Egyptian character for thousands of years. Egyptians need to be brought back to their moderate and balanced religious nature. 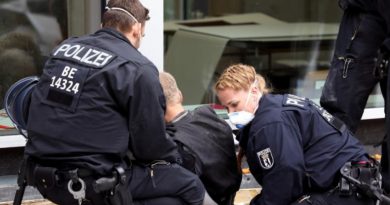 ‘I want my life back’: Germans protest against lockdown 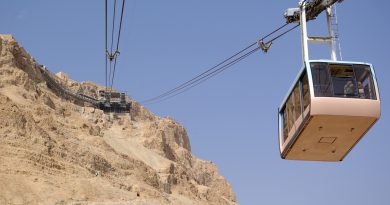 Israel to launch Cable Cars to Jerusalem, angers Palestinians as it “would erase Heritage” 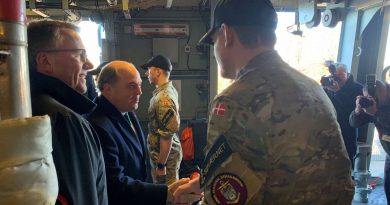