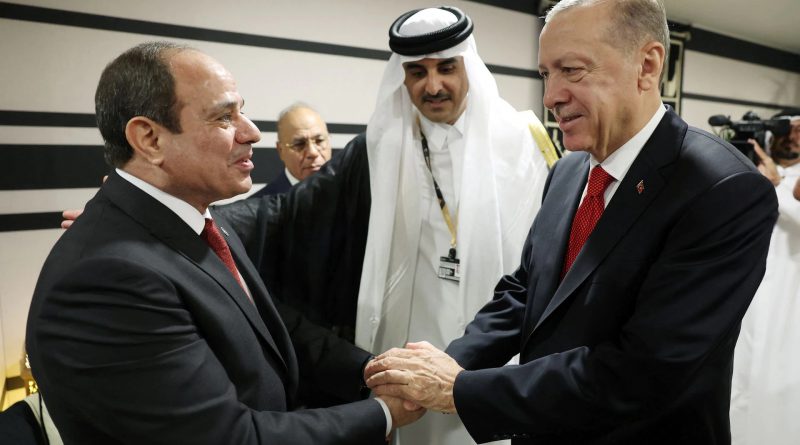 As such, El-Sisi, like Muhammad Ali, served as the country’s unifier, using the state’s strong hand to bring stability and end turmoil.

Egypt was destined to be ruled by a stranger of Albanian descent in the early nineteenth century: Muhammad Ali Pasha. He came to power in the midst of a complicated political landscape marked by internal strife, instability, and a lack of a well-established order. Muhammad Ali took over in 1805 and worked to keep the country together, ushering in a massive modernization project that moved the country from the clutches of medieval age into modernity.

This has been true for over two centuries. Except for Jamal Abdel-Nasser, no charismatic or powerful leader has emerged on the scene and done what Muhammad Ali did (Nasser). However, the latter’s legacy was mixed. He oversaw a massive modernization project similar to Muhammad Ali’s after the last ruler of his dynasty (King Farouk) was deposed by the military takeover of the Free Officers in 1952, but his reign was marred by a devastating military defeat at the hands of Israel in the Six Day War.

As a result, Nasser should not be compared to Muhammad Ali because he is the political and ideological polar opposite of him.

Simply put, the two leaders share similarities in terms of the circumstances that brought each of them to power; the nature and fate of their adversaries; the modernization drive they embarked on after taking power; and, most importantly, defeating the Turks.

As for the circumstances that pushed Muhammad Ali to the throne, they were similar to those of El-Sisi. Power vacuum and instability caused by the dispute between the Mamluk rulers and the Ottomans generated a need for a strong hand that holds the country together.

After the withdrawal of the French forces from Egypt in 1801, Mamluk power had been weakened but not destroyed, and Ottoman forces competed for power with the Mamluks. Muhammad Ali used his loyal Albanian troops to work with both sides during this period of turmoil, gaining power and prestige for himself. The local populace grew tired of the power struggle as the conflict progressed. In 1801, he formed an alliance with Egyptian ruler Umar Makram and Egypt’s Grand Imam of al-Azhar. During the infighting between the Ottomans and the Mamluks between 1801 and 1805, Muhammad Ali took care to gain public support.

In 1805, a group of prominent Egyptians led by the ulama (scholars, savants) demanded that Wli (viceroy) Ahmad Khurshid Pasha be replaced by Muhammad Ali, and the Ottomans agreed. As such, there was a ruler who emerged in the midst of a tumultuous landscape, stepping in as a savior for a nation looking for a powerful leader that could bring it back on track after years of internal and external disputes and fragmentation.

Similarly, El-Sisi served in the same capacity. In 2013, he led a military takeover of power in response to massive nationwide protests calling for an end to a similar situation fraught with failure, instability, conflict, and popular discontent. El-Sisi has succeeded, and his predecessor, the Muslim Brotherhood’s late president Mohammed Morsi, has been deposed. As such, El-Sisi, like Muhammad Ali, served as the country’s unifier, using the state’s strong hand to bring stability and end turmoil.

Not only did Muhammad Ali end the turmoil and bring the country together, but he also began modernization throughout the country, ushering in a new era in the country’s history and breaking with a backward past totally detached from genuine modernity of the West. Ali launched a modernization campaign, beginning with his military. He enlisted Egyptian peasants, hired European advisers, and purchased modern weapons. He was effectively an independent ruler of a stronger, more modern Egypt by 1831. Ali encouraged Egypt to increase its cotton production.

Most Egyptian peasants’ lives were altered as a result of this. They were used to working for the majority of the year to grow food, but they always got to rest in the winter. After the 1810s, men, women, and children continued to work to grow food in the summer and fall, only to be forced into cotton production in the winter.

Using the proceeds from cotton production, Ali’s government began to fund factories, allowing Egypt to profit from its own industrialization. These factories made cotton clothing, beginning with uniforms for the new military, but they also made foods and other items. By the late 1840s, Egypt appeared poised to become an industrial power. Hence, Muhammad Ali succeeded in turning Egypt, though temporarily, into a military and industrial powerhouse.

Many textile and sugar factories, as well as metallurgical industries and other major industrial projects, were established during the reign of Muhammad Ali Pasha. He even had his own flagship projects such as El Qanater El Khayreya (Lit. Benevolent Bridges), a massive irrigation project across the Nile.

Likewise, El-Sisi has left his mark on Egypt’s infrastructure. El-Sisi and his government have launched massive projects in nearly every nook and cranny of Egypt since taking office in 2014. A massive but modern network of roads and bridges has been established, nearly changing the face of the country. New cities have been built, and Egypt’s notorious shantytowns have been eradicated.

The New Administrative Capital is unquestionably the crowning achievement of these projects. El-Sisi stated on January 16, 2022, that Egypt spent between $400 billion and $500 billion in the previous seven years to build development infrastructure.

Another similarity between Muhammad Ali Pasha and El-Sisi is that both of them have overpowered the Turks. Muhammad Ali had defeated the Turks militarily. Egyptian forces led by Muammad Al’s son Ibrahim decisively defeated the Ottoman army at Nizip, and the Ottoman fleet surrendered at Alexandria. There has been no military confrontation between Egypt’s Sisi and Turkey’s Erdoğan.

Nonetheless, the two countries were ideologically opposed, with Turkey objecting to El-Sisi’s election. Erdoğan repeatedly stated at the start of El-Sisi’s presidency that he would not shake hands with him. He even launched a tirade against El-Sisi, making disparaging remarks. Erdoğan, however, shook hands with Sisi at the start of the 2022 World Cup in Qatar, reversing all of his previous remarks and threats.

In this sense, Egypt’s El-Sisi deserves to be referred to as Egypt’s Mohammed Ali II. He came to power under similar circumstances, faced rivals with similar mindsets, launched a modernization drive that changed the course of the country’s history, and—after what happened at the World Cup opening ceremony—forced the Turks to submit to his will and take a step—and possibly steps—back.

Mostapha Hassan Abdelwahab is the former editorial manager of the English edition of the Baghdad Post. He is focusing on Iraq, Iran and political Islam movements, with articles posted on the Herald Report, Vocal Europe, the Greater Middle East and other platforms. 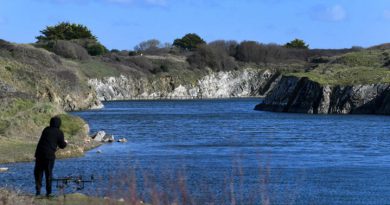 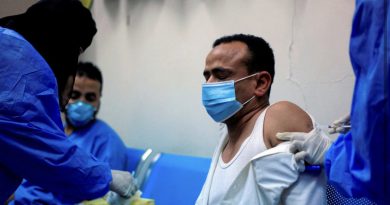 WHO to start COVID-19 vaccination in Houthi-run north Yemen 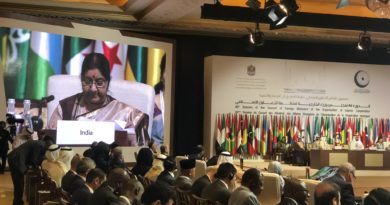 None of Allah’s 99 names stand for violence, says Sushma at OIC while citing Quran