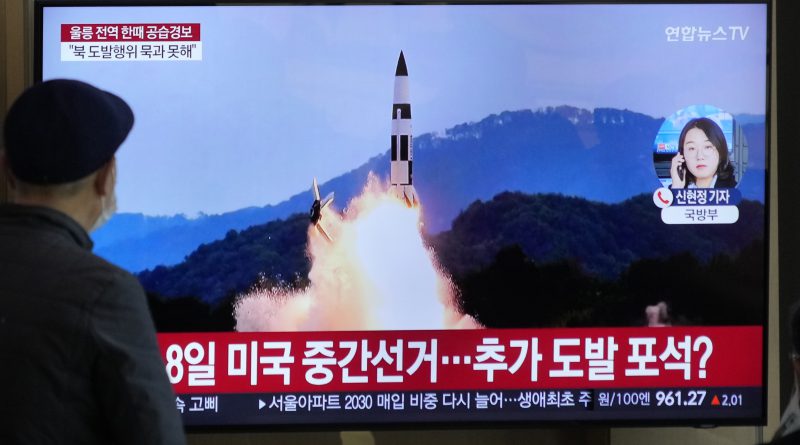 Seoul (AFP) – North Korea fired more than 10 missiles Wednesday, including one that landed close to South Korea’s waters in what President Yoon Suk-yeol said was “effectively a territorial invasion”.

One short-range ballistic missile crossed the Northern Limit Line, the de facto maritime border between the two countries, prompting a rare warning for residents on the island of Ulleungdo to seek shelter in bunkers.

The military said it was the “first time since the peninsula was divided” at the end of Korean War hostilities in 1953 that a North Korean missile had landed so close to the South’s territorial waters.

“President Yoon pointed out today that North Korea’s provocation is an effective territorial invasion by a missile that crossed the Northern Limit Line for the first time since the division,” his office said in a statement.

The missile closest to South Korea landed in waters just 57 kilometers (35 miles) east of the mainland, the military said.

The military released a statement describing the launch near the South’s territorial waters as “very rare and intolerable”.

“Our military vowed to respond firmly to this (provocation),” it added.

Soon after, the South Korean military said it had fired three air-to-ground missiles at the same spot on the maritime border where the North Korean one had landed.

An air raid warning was issued for Ulleungdo after the North Korean missile launch. The alert was flashed on national television and told residents to “evacuate to the nearest underground shelter”.

But it later announced North Korea had fired more than 10 missiles “of various types today towards the east and west”.

Yoon Suk-yeol called a meeting of the National Security Council over the launches, ordering “swift and stern measures so that North Korea’s provocations pay a clear price.”

South Korea closed some air routes over the East Sea, also known as the Sea of Japan, advising local airlines to detour to “ensure passenger safety in the routes to the United States and Japan”.

Pak Jong Chon, a high-ranking North Korean official, said the drills were aggressive and provocative, according to a report in state media Wednesday.

Pak said the name of the exercises harked back to Operation Desert Storm, the US-led military assault on Iraq in 1990-1991 after it invaded Kuwait.

“If the US and South Korea attempt to use armed forces against the (Democratic People’s Republic of Korea) without any fear, the special means of the DPRK’s armed forces will carry out their strategic mission without delay,” he said.

“The US and South Korea will have to … pay the most horrible price in history.”

North Korea’s missile launches on Wednesday appeared to be “the most aggressive and threatening armed demonstration against the South since 2010,” Cheong Seong-chang, a researcher at the Sejong Institute, told AFP.

“It is now a dangerous and unstable situation that could lead to armed conflict,” he added.

In March 2010, a North Korean submarine torpedoed the South Korean naval vessel Cheonan, killing 46 sailors including 16 who were on their mandatory military service.

In November the same year, the North shelled a South Korean border island, killing two marines — both of them young conscripts.

Wednesday’s missile tests follow a recent blitz of launches, including what the North said were tactical nuke drills.

Washington and Seoul have repeatedly warned the launches could culminate in another nuclear test — which would be Pyongyang’s seventh.

“As far as I can remember, North Korea has never made such a provocation when South Korea and the US were holding their joint drills,” Park Won-gon, a professor at Ewha University, told AFP.

“Pyongyang seems to have completed its most powerful deterrent. This is a serious threat. The North also seems confident in their nuclear capabilities.” 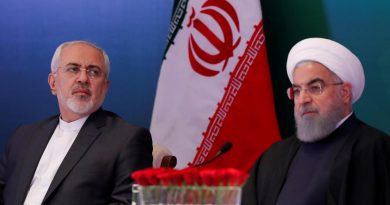 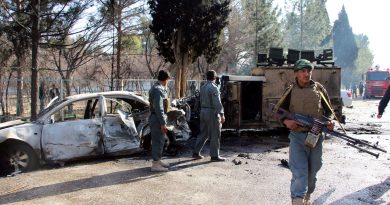 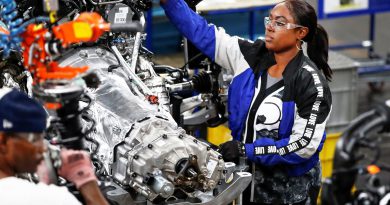