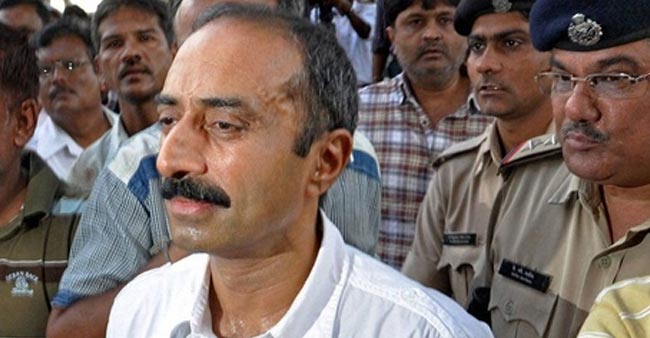 In jail for the past 125 days in a 23-year old case filed by a businessman when he was the SP, the former IPS officer continues to wait for hearing of his bail plea by the high court.

When a truck with a beacon light but without a number plate rammed on the car of Shweta Bhatt, she was shaken but conspiracy theories were farthest from her mind. She and her son Shantanu escaped with minor injuries, but the car was badly damaged. The truck driver curiously was not carrying documents and claimed he had been hired by a contractor of the Ahmedabad Municipal Corporation.

While she did not press charges and merely gave a statement to a policeman who arrived at the scene after the ‘accident’, it was much later that it dawned on her that the accident could have been staged to intimidate her.

A whistle-blower and an important witness in cases related to the 2002 Gujarat riots, IPS officer Sanjiv Bhatt, dismissed by Gujarat Government for unauthorised absence, has been in jail since September 5, 2018 in a 23-year old case filed when he was the SP by a businessman.

Bhatt, who had claimed to have been present at a meeting in which the then Gujarat chief minister Narendra Modi, he claimed, had asked police officers to let mobs carry out violence against minorities, has been at the receiving end of the Gujarat Government’s ire.

On September 5 last year, over two dozen policemen swooped down on their house and whisked away Sanjeev Bhatt to an unknown destination on the pretext of asking him some questions related to the 23-year-old case against him.

Sanjiv Bhatt, who was dismissed from the Indian Police Service after Narendra Modi became the Prime Minister, has been lodged in Palanpur district jail since September 5. His bail application took nearly three months for the district session’s court of Palanpur to hear and finally reject.

The Bhatt’s have been facing one harassment after another from the state government since July last year after the security cover was removed, despite the government being fully aware of the threats on his life, as one of the main witnesses of the 2002 riots case.

A couple of days later, the Ahmedabad Municipal Corporation demolished parts of Bhatt’s house, in which he has lived for the past 23 years. They demolished the kitchen, the washrooms and parts of the bedrooms, while causing irreparable damage to the structural integrity of the entire house.

On September 5, the CID Crime branch entered his house at 8 a.m. on the excuse of seeking his statement. “The CID Crime Branch officers entered our bedroom while I was sleeping there, in full knowledge, shamelessly invading my privacy, despite Sanjiv having already met with them and was changing to leave with them,” recalls Shweta Bhatt.

On September 6, the CID presented Sanjiv in the Palanpur court in a 22-year-old case and asked for a remand for four days. The court refused to grant remand, observing “there is no justifiable ground to grant the police remand at this stage”.

The magistrate’s strict application of the law was labelled by the state government as an “act of insubordination” and was challenged in the high court. The State’s appeal for Sanjiv’s remand was heard by the Gujarat High court which granted 10 days’ remand.

Sanjiv Bhatt was then moved from police custody to judicial custody. Observing that the remand period was already over, the Supreme Court directed Sanjiv’s lawyers to “move the appropriate court” with a bail application.

The bail application filed in the sessions court was heard by the judge. The state, in an attempt to further delay the process, requested for 10 days to prepare an affidavit challenging the bail application and to prepare themselves for the case despite having had Bhatt in remand for a period of 10 days in a 22-year old case, already heard and stayed by the Supreme Court and were subsequently granted time till October 16.

The session’s court rejected Sanjiv’s bail plea on December 12 following which he appealed to the high court. However, Justice AY Kogje recused himself from the case and the matter was listed before the court of Justice SH Vora who issued notice to the state to file their reply by January 8.

However, on January 8 the matter suddenly got transferred from Judge S H Vora and was re-listed in the court of Justice Sonia Gokani. Shweta Bhatt’s car was hit by a truck on January 7. 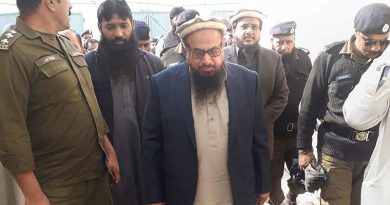 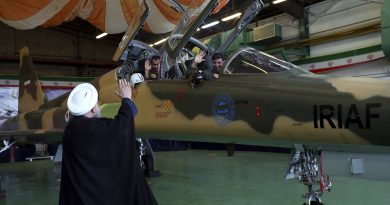 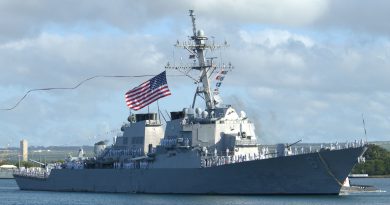 Trump instructs U.S. Navy to destroy Iranian gunboats ‘if they harass our ships at sea’