Tehran – Iranian authorities on Tuesday has executed a former child-bride who was a victim of brutal domestic violence, for stabbing her husband.

Zeinab Sekaanvand was arrested in February 2012 at a police station where she allegedly confessed to stab her husband.

She was tortured by male Police officers for the next 20 days, resulting in beatings all over her body.

Last Saturday, she was taken to the prison’s medical clinic where the staff performed a pregnancy test on her. The test result came back as negative on Sunday.

Zeinab’s family was contacted by prison authorities to meet her for the final time on Monday and declared her execution on Tuesday.

According to Amnesty International, the court failed to investigate Zeinab’s statements and relied on “confessions” she had made without a lawyer present to issue a death sentence.

She was under 18-years-old at the time of the crime, the court did not even apply the juvenile sentencing provisions of Iran’s own 2013 Islamic Penal Code, which gives alternative punishment if the juvenile offender did not have “full maturity” at the time of crime.

Zeinab Sekaanvand came from a poor and conservative family of Iran, who eloped with Hossein Sarmadi when she was 15-years-old while he was 19-years-old.

Few days after her marriage, Hossein started abusing her verbally and physically every day. She requested a divorce from him several times, but he refused.

She complained Police several times about the violence, but the police consistently failed to support her.

Her family too disowned her for eloping with Hossein.

Amnesty International has opposed her death penalty in all cases.

Despite several calls to end the execution of Zeinab, the Iranian authorities executed her. 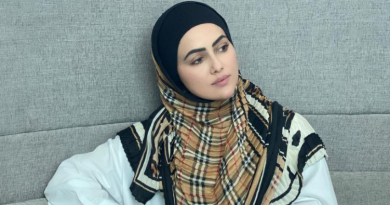