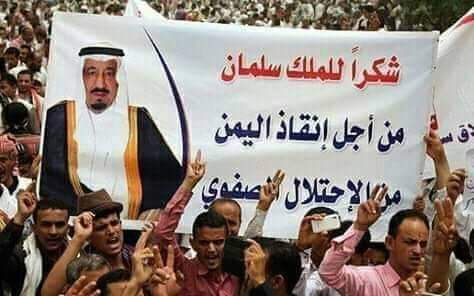 The most cunning part of the story is, the Houthi slogan: “Death to America, Death to Israel and curse be upon the Jews”, but their target has never been Israel.

It all started during the time of second Caliph of Islam Umar ibn Khattab, when he liberated the second super power of his time Persia from the draconian fire-worshipping cult, and with the fall of the ancient Persian empire in the hands of the Muslim rulers, it instigated vengeance into their hearts.

To initiate their revenge the first suicide attack was made on the Caliph when he was leading prayers in the Prophet’s mosque, by a hired assassin known as Feroz Abu Lulu Nahavandi (his shrine is highly venerated religious place in Iran on the road from Kashan to Fins).

Later, Salahiddin Ayubi had to fight the Fatimi empire for a decade before he could liberate Jerusalem from the Crusaders.

Had it not been the treachery of Safavids, Ottomans would have conquered the western lands then.

In every age, Muslim nations have faced challenges from the snakes lurking in the green grass.

Iran has always spread its tentacles across the middle-East, with the primary agenda to capture oil-rich nations and make their governments unstable. It pumped millions of Iranian rials outside the region by strangling 11million hungry and homeless Iranian population.

With the pretentious gimmick played in the middle-East under the pretext of support for Palestinian cause, Iran could successfully launch its terror wings across the nations stealthily.

With the ultimate support of the grand-Daddy Obama and happy-faced Rouhani, Iran backed the Houthi rebels to invade Yemen.

Zaidi Shias are the minorities whose faith and methodology go side by side with the Sunni majority. As the matter of fact, Sunni-Zaidi inter-sect marriages took place in Yemen, as Zaidis don’t practice ‘Tabarra’ that is to curse the companions of the Prophet, but they simply hold the belief that Ali bin Abi-Talib had the upper-hand to become the Caliph after Prophet’s departure.

However they were recruited and indoctrinated in Iran to adopt the Ithna-Ashariya (Twelver Doctrine). Covert operations were carried out by the Houthis in Yemen in the areas like Sanah and Sadah, with the primary focus to establish Ithna-Ashariya law. Frequent uprisings to overthrow the government started, thus Yemen became instable.

The famous college of Hadith Sciences in Dammaj established by Shaykh Muqbil bin Haadi was was sieged and bombarded leaving bodies of the students and the teachers under the rubble.

According to the official media reports, more than 1400 minors were abducted from their homes to forcefully train them and induce them into the Houthi aggression against the Government. Distraught parents were robbed of their young children.

On 4th November 2009, Houthis attacked the southern part of Saudi border, killing the border guards and capturing the Al-Khubah village and other villages.

However, after the death of the honorable King of Saudi, Abdullah bin Abdulazeez Al-e-Saud, Houthi aggression took peaks.

On 22nd January 2015, 8 days after the death of King Abdullah, Houthis attacked Yemeni President Abed Rabbo’s palace with heavy-shelling for half-an-hour, that led to his resignation but was declined by the parliament.

The instability in the region engendered Yemeni president to officially seek Saudi’s intervention to help stop the Houthi insurgencies.

On 21st April 2015, Saudi Government had to lead a bold step involving all the Sunni countries of the region to partake in the intervention to regain stability in the region, and to chase away the Iranian terror mongers.

Interestingly, Obama ordered drone attacks on the al-Qaida areas in Yemen, but never took interest in stopping the illegal Houthi expansion due to the fact that Iran and Israel have been internal allies for a common interest.

The ongoing battle has taken lives of over 119 Yemeni government forces, 263 Houthis, 277 civilians and 7 foreign civilians.

The most disturbing event that unfolded was the recruitment of minors in the Houthi army. A grief-stricken mother Maryam Qasim Ahmed covered in a documentary narrates her horror of losing her young son, who was found dead in a plastic bag. She reveals that over 1400 children are abducted and are forced into the Houthi army. She currently runs a door-to-door campaign to educate parents to protect their children from getting exploited by the Iranian-backed Houthis.

Saudi army could successfully hunt down Abdul-Kareem Mohammed Yahya al-Mufeedi who used his demagoguery to recruit innocent children in the army.

The most cunning part of the story is, the Houthi slogan: “Death to America, Death to Israel and curse be upon the Jews”, but their target has never been Israel.

The undeniable incident was the air-lift of 19 Yemeni Jews along with their Rabbi Saliman Dahari to Israel through the secret deal, the news was reported by JerusalemPost.Com, but it didn’t take the headlines rather it was brushed under the carpet.

Regarding causalities, most of the war reports come from pro-Houthi and Brotherhood media channels like al-Jazeera, MiddleEastEye, and MiddleEastMonitor who are infamous for spitting venom against the coalition. Casualties are part of any war when the insurgents move around among the civilians.

However, Saudi Arabia directly deposited $2 billion in the Yemeni Central Bank to promote economic stabilization and improve the Yemeni people’s quality of life. This is in addition to a $1 billion deposit that Saudi Arabia contributed in 2014.

On March 28, Saudi Arabia and the UAE gave $930 million to UN humanitarian efforts in Yemen.

Yemenis have appreciated Saudi-led coalition by calling it as an incumbent step to protect the borders from the demonic tentacles of Iran, who are known for their infinite enmity against the Sunni world.

Had Saudi-led coalition force not intervened, Yemen would turn into another Iran. 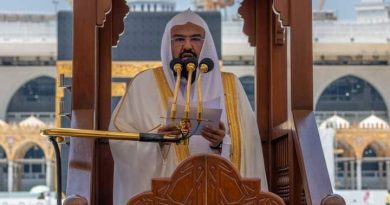 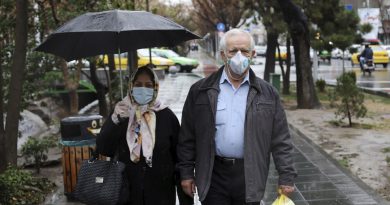