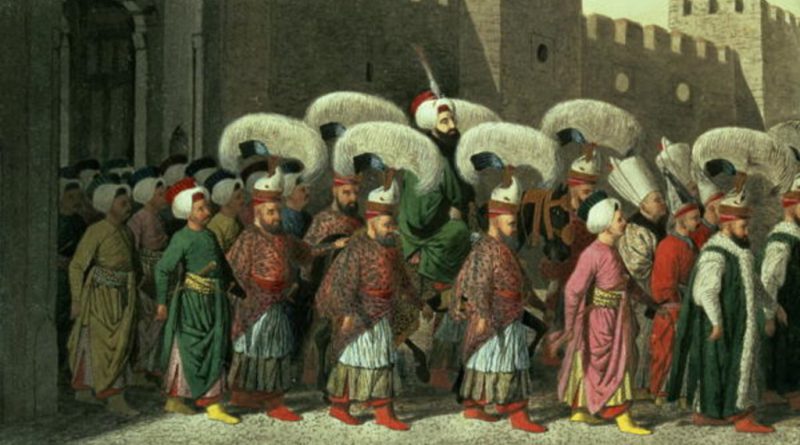 
Turks themselves wanted to get rid-off the latter – womanizing, corrupt, harem maintaining — monarchy of Ottoman Sultans, who not once performed Hajj in 600 years.

Ironically, often we come across articles designed and propagated by partisan Sufi ignoramuses, whose composure of delusional fantasy tales end up misleading oscillating Muslims, swayed by mercurial emotions rather knowledge.

Regrettably, we have been brainwashed by the same ideological institutions who instituted the ‘Arab Spring’ to develop this biased infatuation for the Ottomans, deliberately to emasculate our reverence and obedience towards the one and only genuine Caliphate – that of the four righteously guided Caliphs.

We do not cast aspersions upon their faith or rule, however the shortcomings and deviations among their latter Sultans in subsequent eras are documented as part of History.

First of all, it needs to be known — the Ottoman Empire and King AbdülHamid-II, were overthrown by the conspiring Young Turks in the 1908 political reform revolution, similar to Arab Spring and replaced it with a military government coup led by the “Three Pashas”.

In 1889 – Turk students started grouping in Istanbul colleges, uprising & rebelling against Ottoman Sultan’s absolute monarchy. This was 27 years before the Arabs decided to push the secular (freemason) Turk Military Pashas out of Arab lands.

These Young Turks were from the ‘Secular Westernized’ group. In 1902, they convened their first congress in Paris against Sultan Abdülhamit ll.

Were Arabs responsible for this internal revolution? No.

It was a pro-democracy fervor and a military coup, eight years before the Arab revolt of 1916.

Turks themselves wanted to get rid-off the latter – womanizing, corrupt, harem maintaining – monarchy of Ottoman Sultans, who not once performed Hajj in 600 years. Who not once expanded the Holy Mosques to serve pilgrims. Therefore, the responsibility to dissolve the Ottoman empire lies squarely on Turks.

The period of defeat and dissolution of the Ottoman Empire (1908–1922) began with the Second Constitutional Era with the Young Turk Revolution.

101 years ago #todayinhistory Ottoman Sultan and Sunni Caliph Abdülhamid II passed away under house arrest, at the orders of the Young Turks, in the Beylerbeyi Palace. He was laid to rest beside his grandfather Mahmud II and his uncle Abdülaziz. May Allah illuminate his tomb! pic.twitter.com/cvgt1A9Tkx

It restored the Ottoman constitution of 1876 and brought in multi-party politics with a two stage electoral system (electoral law) under the Ottoman parliament.

The formal abolition of the Ottoman Sultanate was performed by Grand National Assembly of Turkey on 1st November 1922.

On 23 April 1924, the republic declared 150 high-ranking Ottomans, including the former Sultan, to be personae-non-gratae, banished and exiled to Italy.

Second, importantly — they need to know the first Saudi State was established in 1744 as the Emirate of Dir’iyah — 172 years before Ottomans collapsed. Saudis had the entire areas of Najd, Kuwait, parts of Oman, Asir, Taif, Qatar and Bahrain under their control.

This First Saudi State ended in 1818, when Turkish Ottoman troops invaded the Arab lands under the command of barbaric Ibrahim Pasha, the son of Mohammed Ali Pasha.

Where was Islam in this horrific humiliation and execution?

In 1818 Abdullah bin Saud was taken to Istanbul for execution. Among the various public humiliations before Ibn Saud’s execution – the Ottomans made him listen to the lute (since the Wahhabi's forbade it). The cruelest punishments were reserved for the rebels’ religious leaders. pic.twitter.com/lNXH7Oiq2C

Shaikh Muhammad b. Ibraaheem Aalush-Shaikh stated in the introduction of Tayseer al-Azeez al-Hameed (p. 13) – Ibrahim Pasha brought with him —singing women, musical instruments and alcoholic drinks when he invaded Dir’iyah – along with French military and English naval officers.

What was Islamic about this cruel genocide perpetrated against the Arab Muslims – people and tribes of the Prophet (peace be upon him)?

Britain had spent the last 200 to 300 years desperately trying to protect and keep their Ottoman Empire allies intact together. In 1853, in the Crimean war declared against the Russians, Anglo-French fleet entered the Black Sea in support of the Turks.  Even in 1914, the British had a naval mission advising the Ottomans on how to modernize their navy.

Why did that “best friend alliance” change?

Because, during WW1 in 1914 – the solipsistic Ottomans vainly decided to support the rival Germans (Central powers) against their British & French allies (Allied forces).

A secret treaty was concluded between the Ottoman Empire (some accounts say military officer Enver Pasha) and the German Empire on August 2, 1914.

In Oct 1914, Ottoman military launched an ill-prepared offensive attack on Russian ports, hoping that an impressive demonstration of Ottoman strength could incite an insurrection amongst the Tsar’s Turkish speaking vassals.

Who initiated the war enmity? Yes, Ottomans! 325,000 Muslim men were conveniently killed in this battle and over 600,000 Armenians were slaughtered by Turks.

Ottoman treachery prompted the British to ditch the Ottomans, and setup new alliances in Middle East. Fair enough. That’s when the ‘Raymond Davis’ of yore ‘Lawrence of Arabia’ was send with British diplomatic objectives – not before, but AFTER Ottomans ditched British first!

Turkish Professor Dr Azmi Ozcan, who is currently a professor of History at Sakarya University and has a PhD in British-Ottoman Relations from the University of London, says ….

“One such instance is of when Tipu Sultan, in his struggle against the British, asked the Ottomans for help. However, at the time the Ottomans needed military assistance from the British as they were fighting off the Russians. The British told the Sultan that “if you really need our help against the Russians, you must help in our fight in the subcontinent to which they agreed and did not lend their support to Tipu Sultan.”

Did the Ottomans help Tipu Sultan? No.

Britain had about 60 to 100 million Muslim subjects in Hindustan and elsewhere under them. They would not risk it for a declining, unpredictable, unstable, corrupt and bankrupt Ottoman empire.

The Ottomans had gone financially bankrupt in 1875, and in response, Britain took control of Cyprus and seized Egypt in 1882. Ottomans surrendered Jerusalem in 1917.

Another reason for the Ottoman’s terminal decline — Europeans had advanced greatly in Sciences and technology during the renaissance and industrial revolution, while the Ottomans remained in a state of stagnation.

Moreover, the excessive interference of the Harem Women in state politics was instrumental in debilitation and fall of the Ottoman empire.

Muslims must get out of this credulous superstition, that Turks were خلافتِ عثمانیہ. They were Kings. Absolute Monarchy. Khilafah had ended with the rule of Hazrat Alī ibn Abī Tālib.

Hussein al-Husayni, the last #Ottoman Mayor of Jerusalem and Director of the Red Crescent society. He formally surrendered #Jerusalem to the British forces led by Gen. Allenby after the Ottoman defeat in 1917, on the grounds of 'protecting the Holy sites from damage by shelling'. pic.twitter.com/yQTBvGZQLS

Turks ruled by a mixture of Qanun based on localized customs (urf) remnants of the Yassa of Genghis Khan, secular laws (1858 – 1875) and Hanafi laws. Ref:Sexual slavery of females was part of Ottoman slave system till 1908.

Thirdly – On June 5th 1916, when Sharif Hussein ibn Ali al-Hashimi, the Ottoman Emir in Makkah attacked the Turkish garrison in Medina, the Hashemite ruler proclaimed that “he was not fighting the Ottoman sultan, but rather the Turkish nationalists and supremacists who had taken the helm in Istanbul – the secular westernized Pashas”.

#Ottoman Mevlevi Dervishes during the reign of Sultan-Caliph Abdülhamid II in 1890. The Ottoman State sponsored #Sufism; every Ottoman Sultan was a disciple of a Mystic of a traditional #Sufi Order. The #Mevlevi Order became a dominant force during the collapse of the Ottomans. pic.twitter.com/mJccBPphvw

His statement clarifies his intention. It was an instinctive self-preservation decision more than an act of rebel.

Fourth – the esteemed scholar Muhammad ibn Abd al-Wahhab died in 1791, some 84 years before the founding father of Saudi Arabia King Abdul Aziz Al Saud was even born in 1875. They never met!

Fifth – The Islamic Conference, held in Riyadh on the 29th October 1924, brought a wide Islamic recognition of Al-Saud’s jurisdiction over Makkah. Islamic world endorsed it!

Last, Yathrib was changed to Madinah and Bakkah was changed to Makkah. Changing of names does not change Islam, nor our obedience and worship to Allah almighty in upholding Tawheed. It is of no importance that Saudi has been named after a tribe, descendants of Adnanites, traditional ancestors of our Prophet (peace be upon him).

Harem, and the Ottoman Women

Harem, and the Ottoman Women – 2

Afreen Baig is a political observer, writer and blogger. 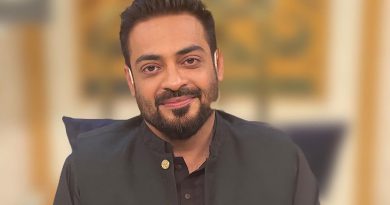 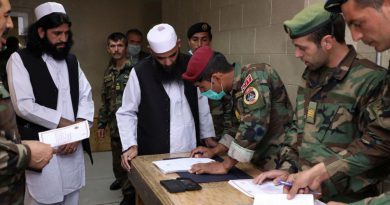 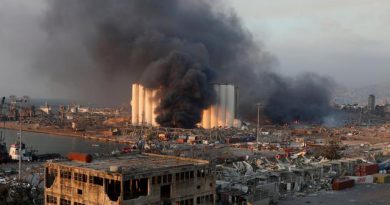 The blast that blew away Lebanon’s faith in itself