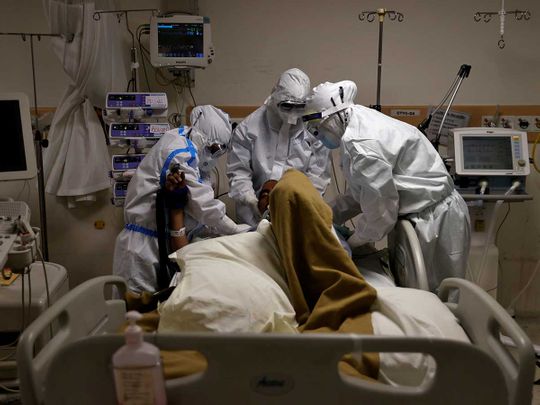 New Delhi (Reuters) – It was barely noon on Thursday when the metal doors of the mortuary at a hospital in south New Delhi swung open and staff in white coveralls rolled out a stretcher. Mourning relatives looked on, as a body bag was loaded into an ambulance and taken away to a cemetery.

It was yet another casualty from the coronavirus pandemic that has killed over 4,500 people and infected more than 150,000 across India. While infection rates from the virus have begun to fall in many countries, in India they are still rising sharply, and epidemiologists warn peak is yet to come.

Concerns are rising about how the country of 1.3 billion, with one of the world’s most overburdened healthcare systems, will handle the surge with roughly 6,000 new infections being detected daily this week.

On Thursday, Reuters was given exclusive access inside Max Smart Super Speciality Hospital – currently the largest such private COVID-19 treatment site in New Delhi – where some 200 patients are being treated for the disease caused by the new coronavirus.

While India is easing a more than two-month long nationwide lockdown that was aimed at reining in the spread of the disease, the battle against the virus rages within its strained hospital system.

“We are getting more and more people daily both in numbers and in the severity of disease,” said Arun Dewan, the director of the hospital’s critical care section. “We’re not seeing any end.”

Around him, the eerie calm within the hospital was broken only by the sound of machines beeping and patients coughing – most of whom were separated only by white curtains. Staff in heavy protective gear move around softly, speaking in murmurs.

Until a few months ago the cries of babies would often fill this section of the hospital, which was meant for neonatal care. But with the number of cases surging, Max designated the entire building for COVID-19 patients.

Now, posters of Winnie the Pooh and other cartoon characters meant to soothe children, beam down upon patients struggling to beat a deadly virus.

It is the first time in his 35-year-career that Dewan is battling a pandemic of this scale, he said, and while each day has been as struggle, he fears the worst is yet to come.

“Manpower will be the biggest challenge. We have reached the limit,” he said, adding even as the toll rises, the wait list of patients is growing fast.

But there are small victories that keep the staff going. For Steena, a nurse working in the ICU who only gave her first name, one such moment was when a 70-year-old woman brought in dire condition recovered in recent weeks.

“After seven or eight days, she was taken off a ventilator, and tested negative,” she said, sounding hopeful, before quickly turning to attend to yet another patient. 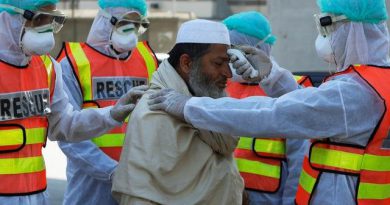 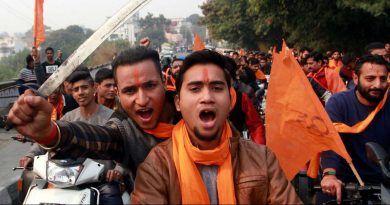