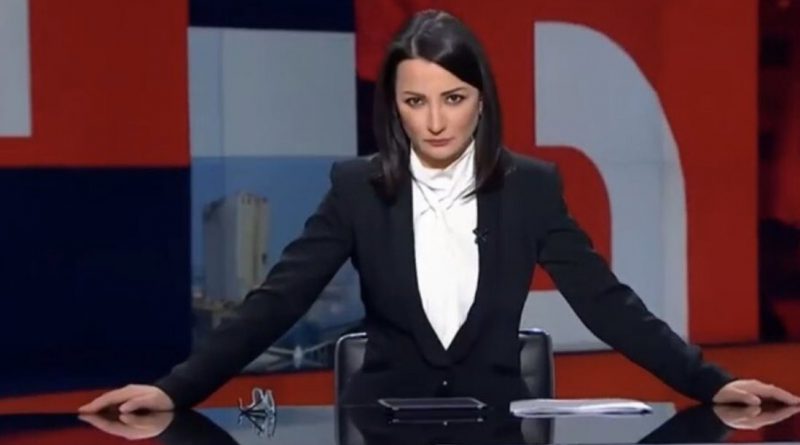 Ghada Oueiss has used her journalist’s pen to draw bull’s eyes on our backs.

Ghada dresses elegantly, never smiles or even shows any teeth, and sits authoritatively behind a news desk in Doha, Qatar, where she reads the teleprompter at Al Jazeera.

It seemed like a crazy joke until the reporter said there was actually a lawsuit number, 1:20-cv-25022– and that I was personally named as a member of a shadowy, nefarious, evil-doing operation that Ghada calls “The Network” on pages 19 and 20 of her 93-page diatribe.

After orchestrating this devious murder, Ghada says, the USA Defendants, the Saudi gang and I then hacked Ghada’s phone and stole photographs of her lounging fetchingly in a jacuzzi in Qatar.

Ghada complains that tweeting and laughing about her jacuzzi photos is the first step to “murdering her like Khashoggi.” She also repeats, like a mantra, that we have “failed to register with the U.S. Department of Justice.” Ghada claims we are in violation of FARA—a U.S. law called the Foreign Agents Registration Act.

Did I mention that I had not the faintest idea who Ghada Oueiss is?

But I now know this with certainty: Ghada Oueiss is a liar.

I am not a Saudi spy, and I’m not likely to ever become one, either. But if I did, I certainly would not need Ghada to tell me to register myself with my own government.

So why would someone like me even come to Ghada’s busy attention?

My first thought was to question Ghada’s mental state. She seems kind of thin and hungry, dark and tense, and she never smiles, never shows her teeth.

My second thought was that Ghada is enraged because online, I say that I actually love Saudi Arabia. I spent two years there with my young son – first in Hail, and then in Riyadh. We had a spectacular time!

My dream was to return when women were able to drive, and take off in a Toyota Land Cruiser to see the places I’d missed before, and return to the places and people I loved.

But the truth is that I love Saudi Arabia and its amazing, God-fearing, intriguing and resilient people.

I also wrote good things online about Saudi’s Crown Prince, Mohammed Bin Salman—MBS. I saw a photo in the news of MBS getting his Covid vaccination. He was wearing a muscle shirt, and I tweeted that I thought his physique looked “very buff.”

Somehow, loving KSA, admiring MBS’s reforms and his hunky biceps, and being friends with Saudis brought me onto Ghada’s radar—making her crazy with rage, and resulting in her falsely naming me as a Saudi spy.

The scary thing about being accused of being a spy is that spies are the one group in international law who have no protection—no real human rights.

Spy flicks show spies being gunned down on dark streets, on subways, in restaurants and the like. These movies may be fiction, but that spies can be murdered everywhere and anywhere they are found is the truth.

Israel’s Mossad turned it into an art.

By falsely declaring me and the USA Defendants to be “agents” spies—for Saudi Arabia, Ghada Oueiss has used her journalist’s pen to draw bull’s eyes on our backs.

Did I mention that Ghada Oueiss is a liar?

Ghada has now falsely implicated many people who are apparently guilty of some crime Ghada imagines, like “being friends with Saudis.” Her aim is to destroy two men she clearly despises—MBS and MBZ, the Crown Prince of the United Arab Emirates—another man I’ve never met and frankly never thought about until Ghada accused us of all being in league to commit murder, mayhem, and then steal and laugh at photos of Ghada lounging fetchingly in a jacuzzi.

I don’t know much about MBZ. I’ve never seen him wearing a muscle shirt while getting vaccinated. But his masculine beard hints that, underneath those robes, he might have a buff physique and biceps that I’d tweet admiringly about.

Will admiring MBZ’s biceps make Ghada accuse me of spying for the UAE?

But now we understand why Ghada invented “The Network.” Ghada is a Lebanese national, married to a French national, and both live in Qatar. She likely has no legal standing to sue MBS (a Saudi) and MBZ (an Emirati) in a Miami, Florida federal court.

Ghada needs defendants who reside in Miami, Florida in order to bring her lawsuit there. Two of the USA Defendants live in Miami, Florida—which is why Ghada made them defendants in her lawsuit. Ghada complains that these two Americans joked about eating dinner at the Olive Garden Restaurant in Miami, so now, Ghada no longer feels safe in Miami—even though she lives in Qatar.

Yes—Ghada actually wrote that in her Complaint to the Court.

Apparently, eating spaghetti and unlimited salad and breadsticks is a terrifying amount of food for Ghada to even imagine. In Ghada’s hungry imagination, people who eat spaghetti and unlimited salad and breadsticks at the Olive Garden plot the murders of journalists they have never met or even heard of, in order to steal photographs of Ghada (a news reader we’ve never met) in a jacuzzi, located in a place we’ve never been.

But it’s not enough for Ghada to lie in order to get into a Florida federal court. She also needs to fling her net of falsehoods wide to “prove” that “The Network” exists, and so she includes people like me and others who live in different U.S. states and, from time to time, say, “Wow! MBS has sexy biceps!”

But now, I know for sure who Ghada Oueiss is.

And her lies about spies—so far unchecked in the many internet articles—just might get us all killed. 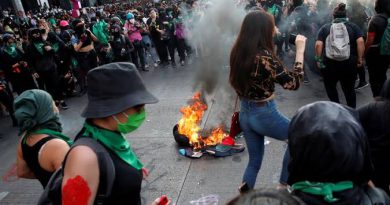 Women should decide whether to legalize abortion, Mexican president says 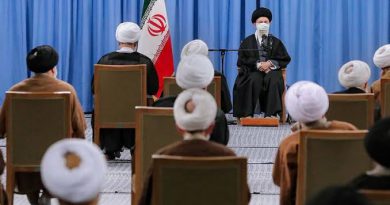 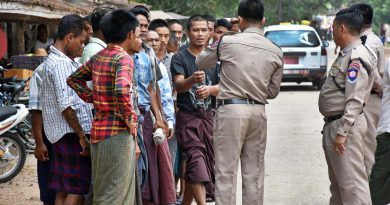