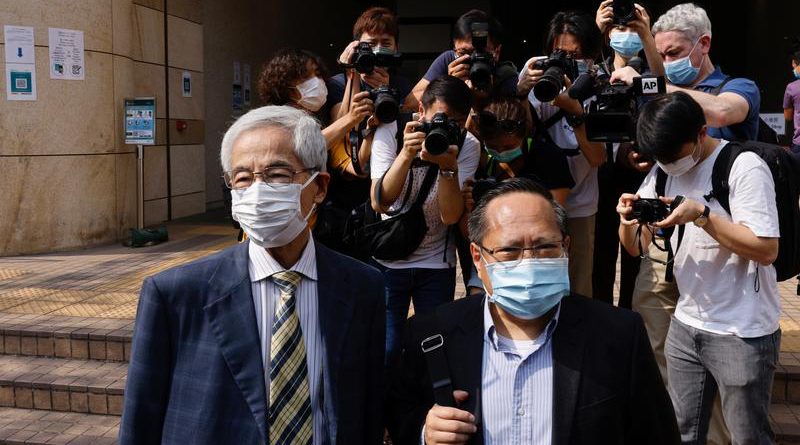 Lee, who helped launch the city’s largest opposition Democratic Party in the 1990s and is often called the former British colony’s “father of democracy,” was accused of taking part in an unauthorised assembly on Aug. 18, 2019.

The silver-haired Lee and the others, all in their 60s or older, sat impassively as district court judge Amanda Woodcock handed down her decision.

“I have found after trial the prosecution able to prove beyond reasonable doubt that all of the defendants together organised what amounted to an unauthorised assembly,” the district court judge said in the full written judgement.

They were also found guilty of knowingly participating in an unauthorised assembly.

Although Hong Kong’s mini-constitution guarantees the right to peaceful assembly, Woodcock added, “restrictions are imposed, including those for preserving public safety and public order, and protecting the rights of others.”

Sentencing will come on April 16, with some legal experts expecting jail terms of 12 to 18 months. The maximum possible sentence is five years.

A small group of supporters displayed banners outside the West Kowloon court building, including one that read “Oppose Political Persecution”.

“If we are sentenced to jail in the future for this case … it’s our badge of honour to be jailed for walking with the people of Hong Kong,” said Lee Cheuk-yan, a former lawmaker who has been a pro-democracy activist since the late 1970s.

The judge rejected a request by the prosecution to keep the nine in custody, and granted them bail pending sentencing.

During the trial, defence lawyers argued that freedom of assembly is a constitutional right in Hong Kong, and noted that police had approved the peaceful demonstration in the city’s downtown Victoria Park, which grew into an unauthorised march as numbers swelled into the hundreds of thousands.

The prosecution argued that the freedom of assembly isn’t absolute in Hong Kong.

Critics, including Western governments, have condemned the arrests of Lee and other democrats amid the ongoing crackdown. Forty-seven other high-profile democratic campaigners are facing subversion charges under the national security law, and have mostly been denied bail and are being held in detention.

The European Union office in Hong Kong said the ongoing prosecutions of democrats are of “great concern” and it would continue to monitor developments.

The United States said on Wednesday that Hong Kong does not warrant preferential treatment under the Hong Kong Policy Act, a law that had allowed Washington to maintain a special relationship with the city.

Secretary of State Antony Blinken said in a news release that China had “severely undermined the rights and freedoms of people in Hong Kong”, through arbitrary arrests and politically motivated prosecutions as well as “pressure on judicial independence and academic and press freedoms.”

The 2019 pro-democracy protests were spurred by Beijing’s tightening squeeze on wide-ranging freedoms promised to Hong Kong upon its return to Chinese rule in 1997, and plunged the semi-autonomous city into its biggest crisis since the handover.

Beijing has since imposed a sweeping national security law, punishing anything it deems as secession, subversion, terrorism or collusion with foreign forces with up to life in prison.

Since the law’s promulgation, the government has sought to crush the opposition movement, barred protests and curbed political expression, and overhauled the city’s electoral system to ensure only pro-China “patriots” govern Hong Kong.

Hong Kong and Chinese authorities, however, say the security law and electoral reforms are needed to restore stability and to resolve “deep-seated” problems, and that human rights will be safeguarded. 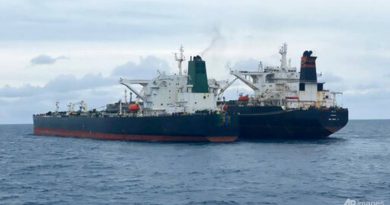