Allah (Glorified and Exalted be He) says: “And (all) the Most Beautiful Names belong to Allâh, so call on Him by them)”

This indicates that we should know Allah’s Names and Attributes and use them while calling on Him.

The Prophet (peace be upon him) stated: “Allah has ninety-nine Names; anyone who learns them will be admitted to Jannah (Paradise).”

This Hadith indicates that Allah is Witr (‘Odd’, i.e. He is one) and He loves odd numbers. It also indicates that scholars and believers should learn the Names and Attributes of Allah to invoke and praise Him and act upon them so that they enter Jannah.

A believer should know that to Allah (Glorified and Exalted be He) belongs all Magnificent Names and that He has no peer, equal or rival. He is Perfect in His Essence, His Names, His Attributes and His Deeds and none is comparable to Him. Allah (Glorified be He) says: (There is nothing like Him; and He is the All-Hearer, the All-Seer.) None of Allah’s Attributes such as His Mercy, Highness, Istiwa’ (Allah’s rising over the Throne in a manner that befits Him), Wrath, Laughter etc, is similar to ours.

As for the books we recommend in this regard, the Noble Qur’an is the greatest Book. We advise you and all Muslims to adhere to it and recite it frequently because it is the Book of Allah which contains light and guidance. Allah (Exalted be He) says:

“Verily, this Qur’ân guides to that which is most just and right”

And: ((This is) a Book (the Qur’an) which we have sent down to you, full of blessings, that they may ponder over its Verses, and that men of understanding may remember.)

And: “Do they not then think deeply in the Qur’ân, or are their hearts locked up (from understanding it)?)”.

We advise all Muslims to frequently recite, ponder over, and memorize the entire Qur’an or parts thereof. It is the Book of Allah and the source of light and guidance. It calls for adopting good morals, performing righteous deeds, following that which Allah has enjoined, and avoiding that which He has forbidden. It contains the stories of the prophets, messengers, and the righteous so that people may follow in their footsteps and the stories of the wrongdoers, so people may avoid their deeds.

We also recommend those who are versed to read the books of Hadith such as the Two Sahihs (authentic) Books of Hadith (i.e. Al-Bukhari and Muslim) and the four Sunan (Hadith compilations classified by jurisprudential themes) books (of Imams Abu Dawud, Al-Tirmidhy, Al-Nasa’y and Ibn Majah).

However, we recommend novices to read the abridged versions of these books which can be easily memorized, such as, Bulugh Al-Maram by Al-Hafidh ibn Hajar Al-Asqalani, Kitab Al-Tawhid, Thalathat Al-Usul, Al Qawa’id Al ‘Arba’, and Kashf Al-Shubuhat by Shaykh Muhammad ibn ‘Abdul-Wahhab (may Allah be merciful to him), Al-Aqidah Al-Wasatiyyah by Shaykh Al-Islam ibn Taymiyyah, and Umdat Al-Hadith by Shaykh Al-Hafidh Abdul Ghani Al-Maqdisi. These are some important books which should be read and studied because they are useful.

Source: English Translations of Collection of “Noor ala Al-Darb” Programs, Volume 1. By: Sheikh`Abdul`Aziz Bin `Abdullah ibn`AbdulRahman ibn Bazz (May Allah forgive and reward al-Firdouse to him and his parents). He was The Mufti of Kingdom of Saudi Arabia, Chairman of the Council of Senior Scholars, and Chairman of Department of Scholarly Research and Ifta’.

This English Translation is collected from alifta.net, Portal of the general Presidency of Scholarly Research and Ifta’ 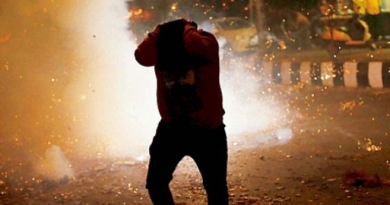 GHASTLY: Diwali ‘Sutli Bomb’ burst in a 3-Year-old girl’s mouth in UP 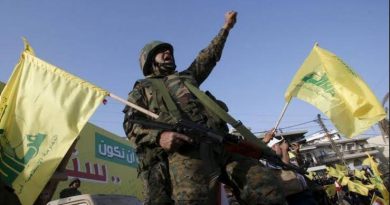 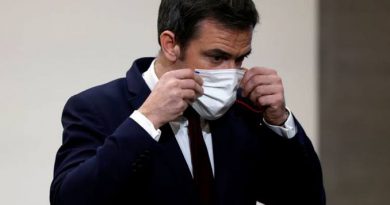 France tells its citizens: Fabric masks not enough to protect from COVID