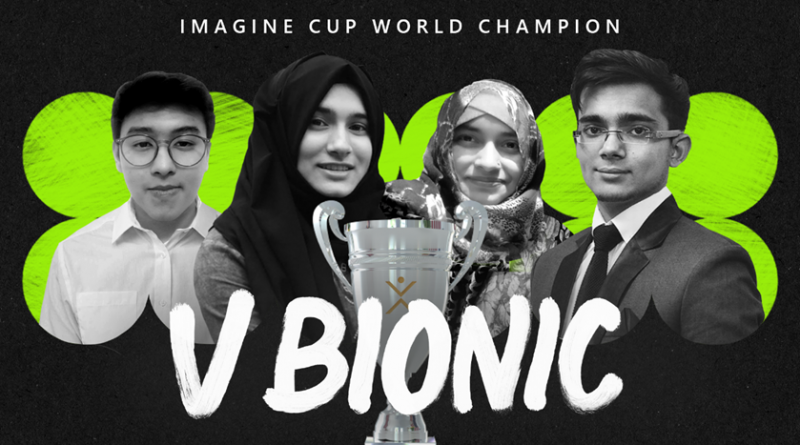 California — Indian whiz-kids from Saudi Arabia bagged Microsoft’s Imagine Cup World Championship for their solution ExoHeal that helps patients with hand paralysis. The team won $50,000 in Azure credits, a cash prize of $100,000, and a mentoring session with Microsoft Chairman and CEO, Satya Nadella.

V Bionic from Saudi Arabia and Germany achieved the grand prize for ExoHeal, a device that utilizes neuroplasticity and Azure technology to provide adaptive and gamified rehabilitation exercises to people with hand paralysis.

Zain was born in India and brought up in Saudi Arabia’s capital city Riyadh. After schooling he moved to Germany where he’s currently studying Robotics and Intelligent Systems at Jacobs Univesity.

Faria was born in India and she currently lives in Saudi Arabia. She is studying Bachelor of Arts (BA) from IGNOU University.

Asfia was born in India and lives in Saudi Arabia. She earned bachelors degree from India and is now pursuing masters at the University of People, USA.

Ramin Udash was born and brought up in Nepal, and he is currently a first year Computer Science student at Jacobs University Bremen in Germany.

Imagine Cup is a Microsoft initiative, which has engaged more than two million student competitors from the beginning. In 2022, Imagine Cup, students building and learning for positive impact and innovation, involves thousands of students from more than 160 countries in the 20th annual Imagine Cup.

The V Bionic team expressed their views upon bagging the World championship.

CEO Zain said, “This journey has taught us the profound impact of developing a mindset that seeks to make the best out of every situation”.

Faria said, “Through, hard work, out of the box thinking and most importantly possessing the drive to instill a positive change has enabled us to look at our goals from various perspectives and create a solution that reflects the needs of those it caters to”.

Asfia , “It will be an achievement even if we can change the life of one paralyzed person and their families”.

While Ramin believes that by utilizing his app development skills which he started at the age of 12, he is helping in the making of recovery for hand paralysis patients easy, accessible, and portable.

According to Forbes, the Whiz-kids achieved the milestones including employing Microsoft Azure, 30% faster times in recovery, cost savings from the standard cost of $15,000 to less than $1000 for their ExoHeal solution.

Forbes stated, “their solutions incorporates a three stage rehabilitation process with deep clinician and community support with 360 accessibility via mobile. To aid in comfort, they are targeting the fashion look and feel of a second skin replacing harder surfaces of older-style robotic engineering”. 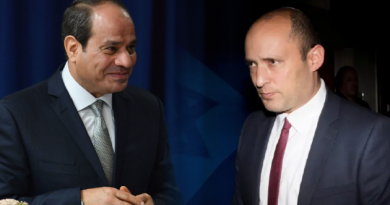 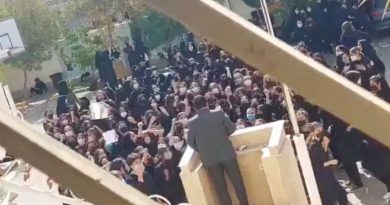